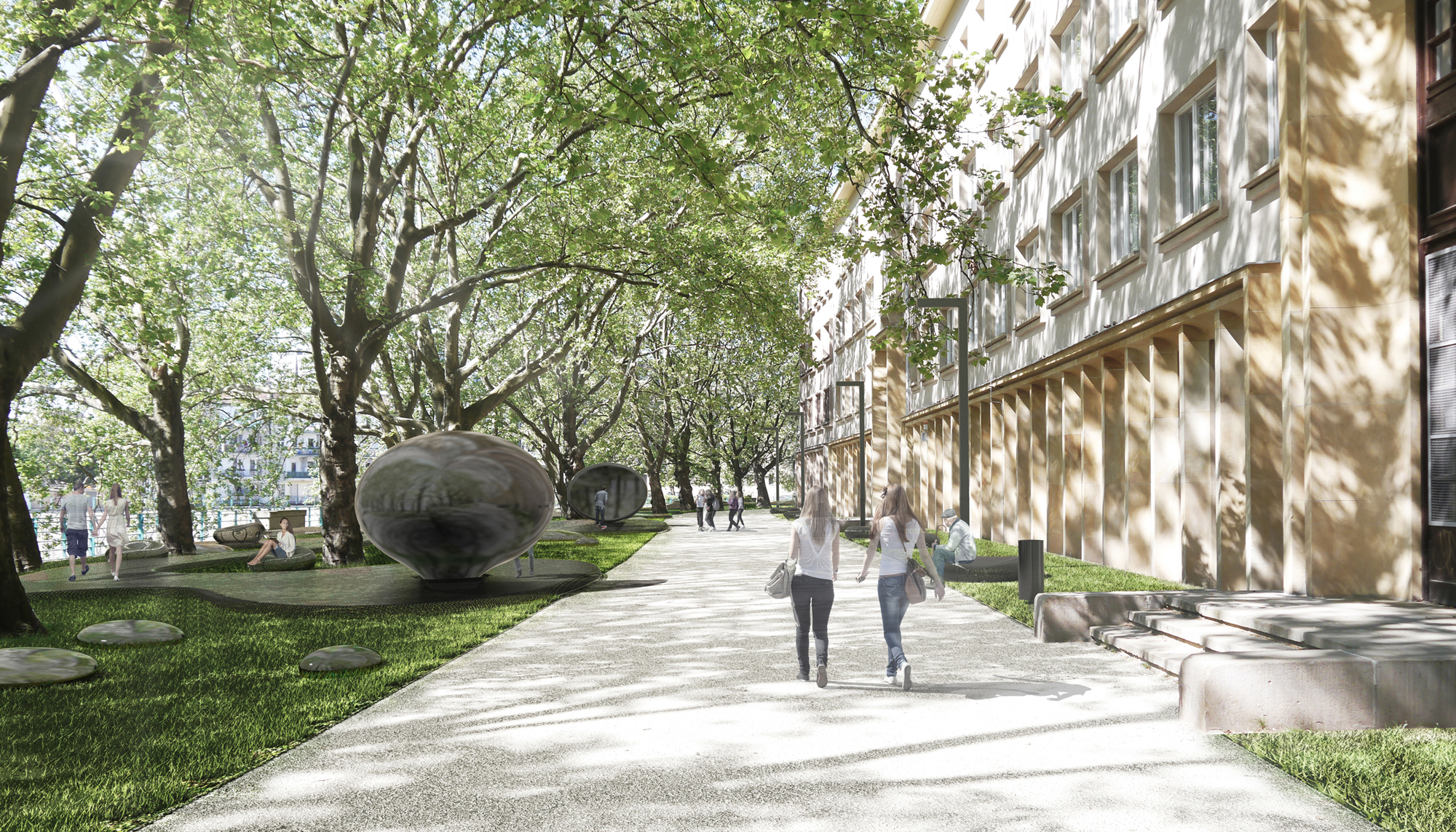 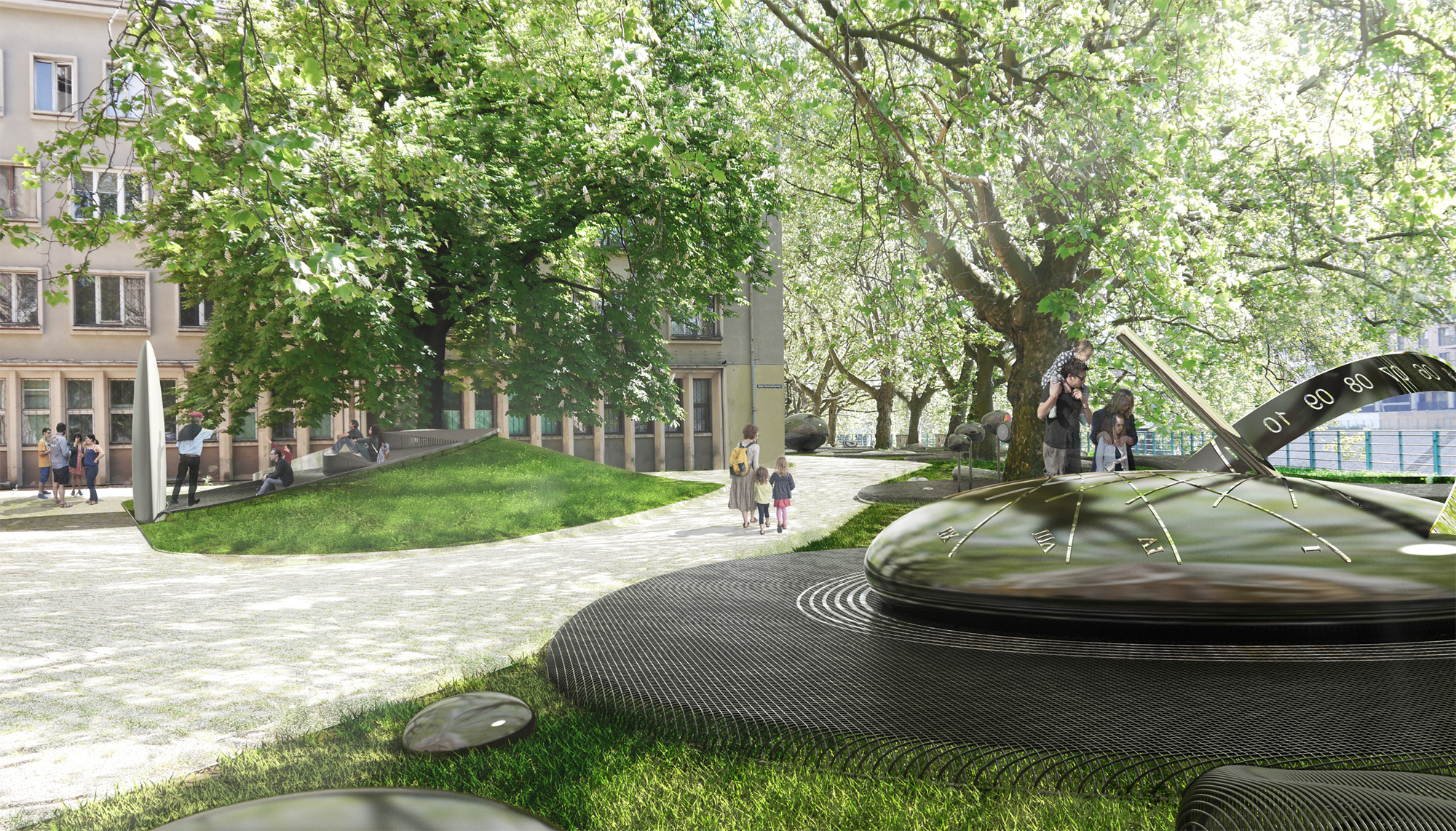 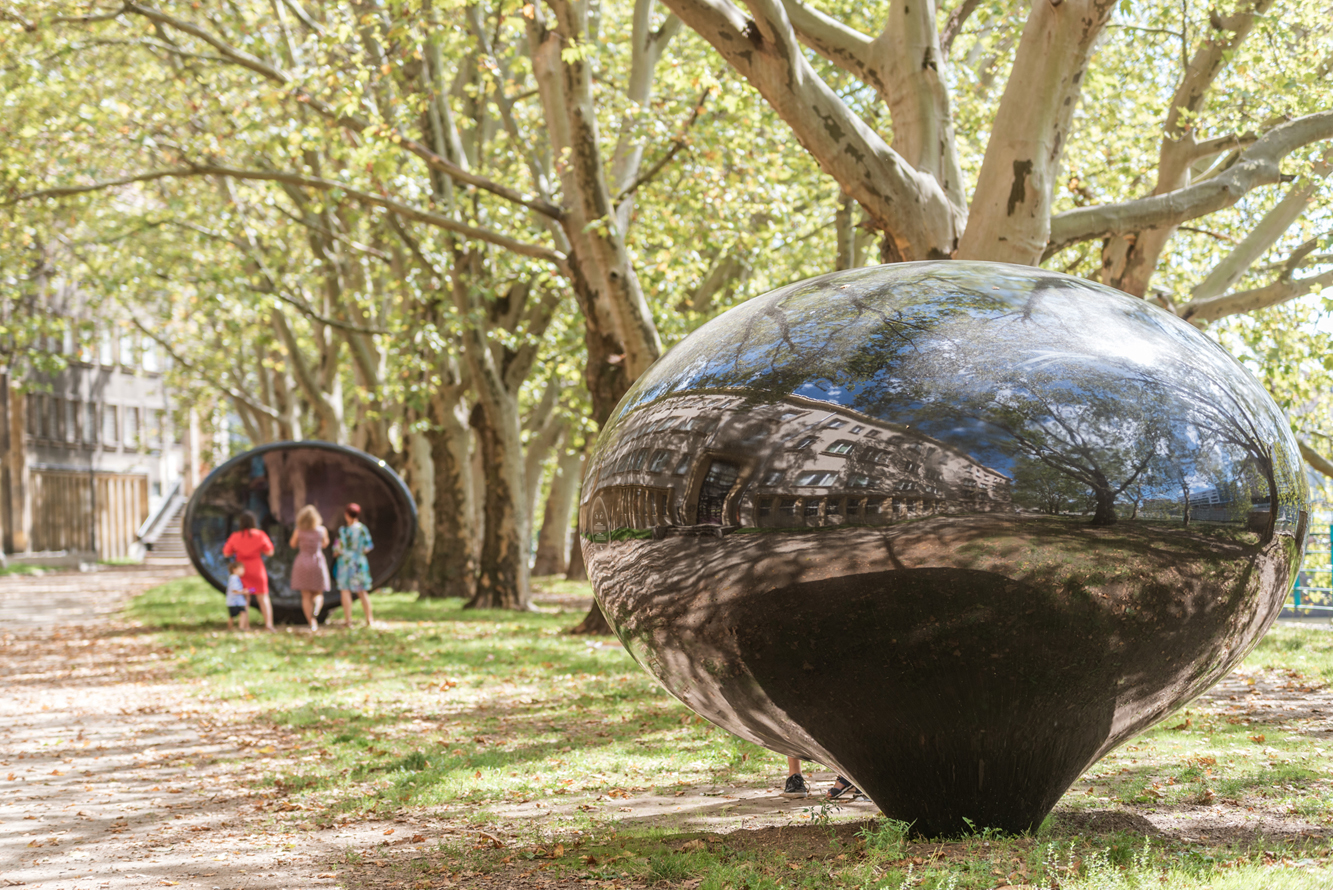 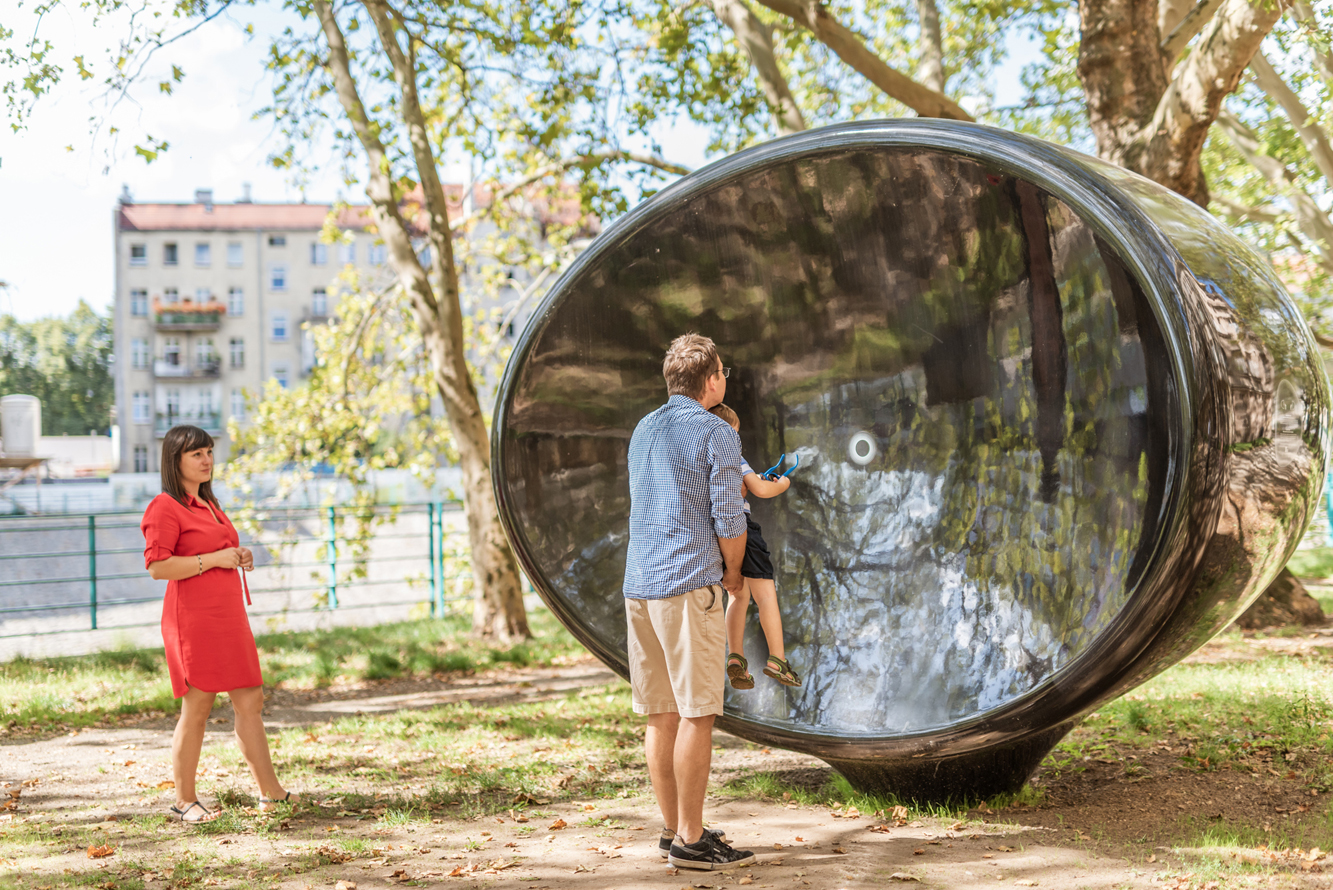 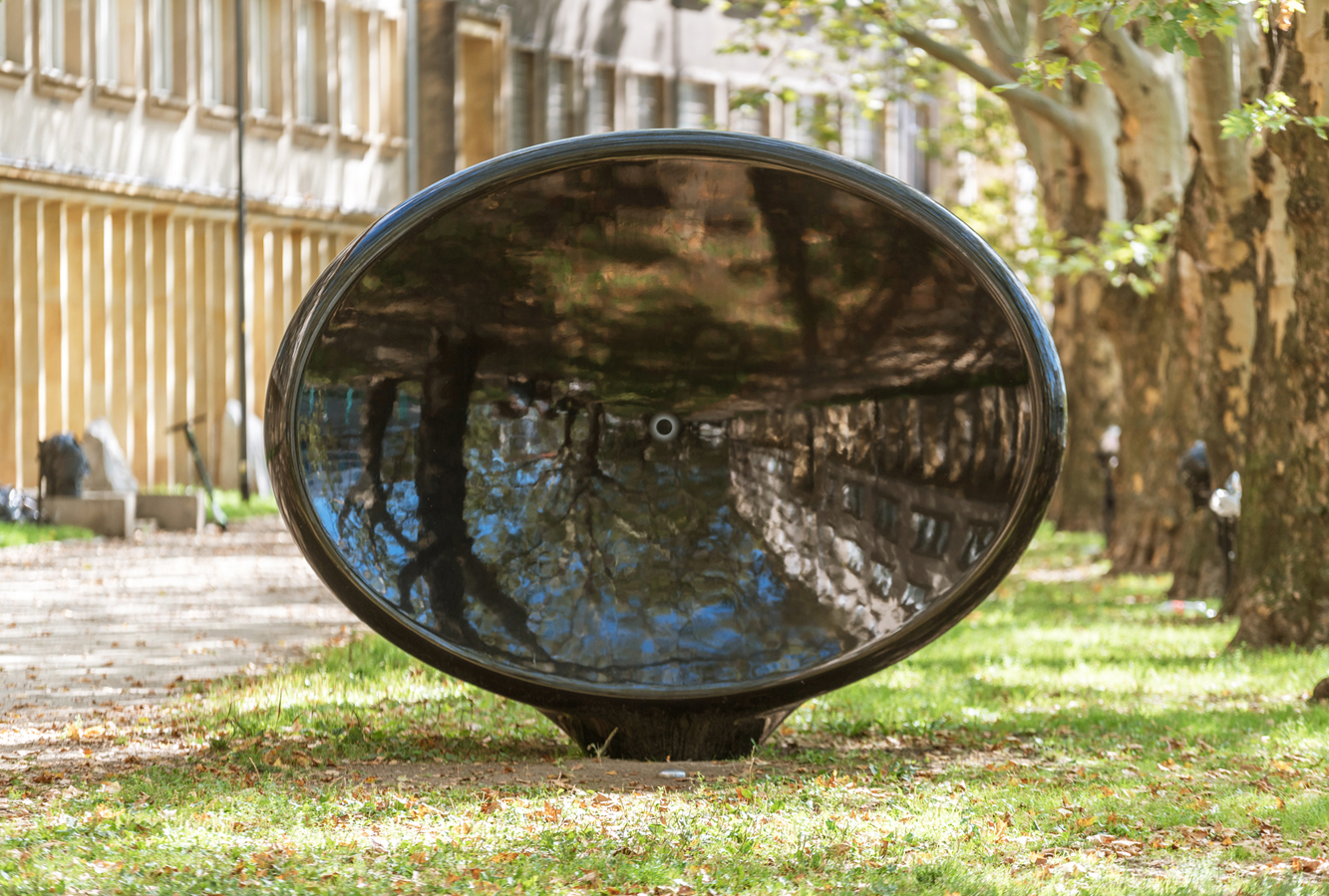 Acoustic Mirrors – Winner for the year 2020 in universal design

The main purpose of the project &quot;The Boulevard of Physicists&quot; was to give a new educational role to the historical boulevard of prof. Zwierzycki in the city centre of Wroclaw, through the function of the Garden of Physical Experiments. This goal was achieved by placing a set of interactive physical installations with different properties in its space. The second aim was to maximize the functionality of the area by the new path between the trees, which provides a convenient access to the designed physical/interactive installations and improves contact with the edge of the Odra river embankment. There are 6 interactive installations designed in the area, that relate to physical phenomena, namely to: acoustics, astrophysics, optics, mechanics and materials. Their main function is to perform physical experiments with the students and visitors, with special guidance from the teachers and scientists residing in the neighboring buildings of the University. Part of the whole concept is also the construction of the &quot;Science Scene&quot; as a mini-amphitheater. In good weather it allows that classes with students and popular science lectures can be conducted outdoor. The main idea of ​​the concept is to reflect the physical phenomenon of &quot;water flow&quot; and give it an architectural expression. This treatment is supposed to symbolically refer to the flowing Odra River and to illustrate the physical principles and patterns that affect the shape and behavior of water. Hence, the method of shaping boulevard elements are resulting directly from the physical principles and are intended to be tools used in a didactic activities carried out in this area. For this reason, the forms of all physical installations and seats are derived from the shape of a water drop. In turn, the shape of the path fitting in the space between the rows of trees and around devices, is formed on the basis of the phenomenon of &quot;water flows&quot;. In cooperation with the employees of the Faculty of Physics and Astronomy of the University of Wroclaw, a simulation of the Odra River flow line through the boulevard space was developed, and a steel mesh surface drawing resulted from those calculations. Design concept &quot;The Boulevard of Physicists. The Garden of Physical Experiments&quot; assumes the division of the investment into several stages, the first of which are two interactive Acoustic Mirrors located along the facade of the University of Wrocław building. The primary function of the Acoustic Mirrors is the transmission of sound at a distance between two people who stand at the focal points of the opposite mirrors. The project merges innovative large scale 3d printing with detailed craftsmanship, which allowed to achieve the extraordinary shapes of the mirrors. The purposefully aligned curvature and the reflective materials used on the surface, give a perfect environment not only for acoustic, but also for the optical experiments. The Acoustic Mirrors at the Boulevard of Physicists are one of the biggest individually designed acoustic mirrors in the world, shaped as a permanent elements of the public space in the city.