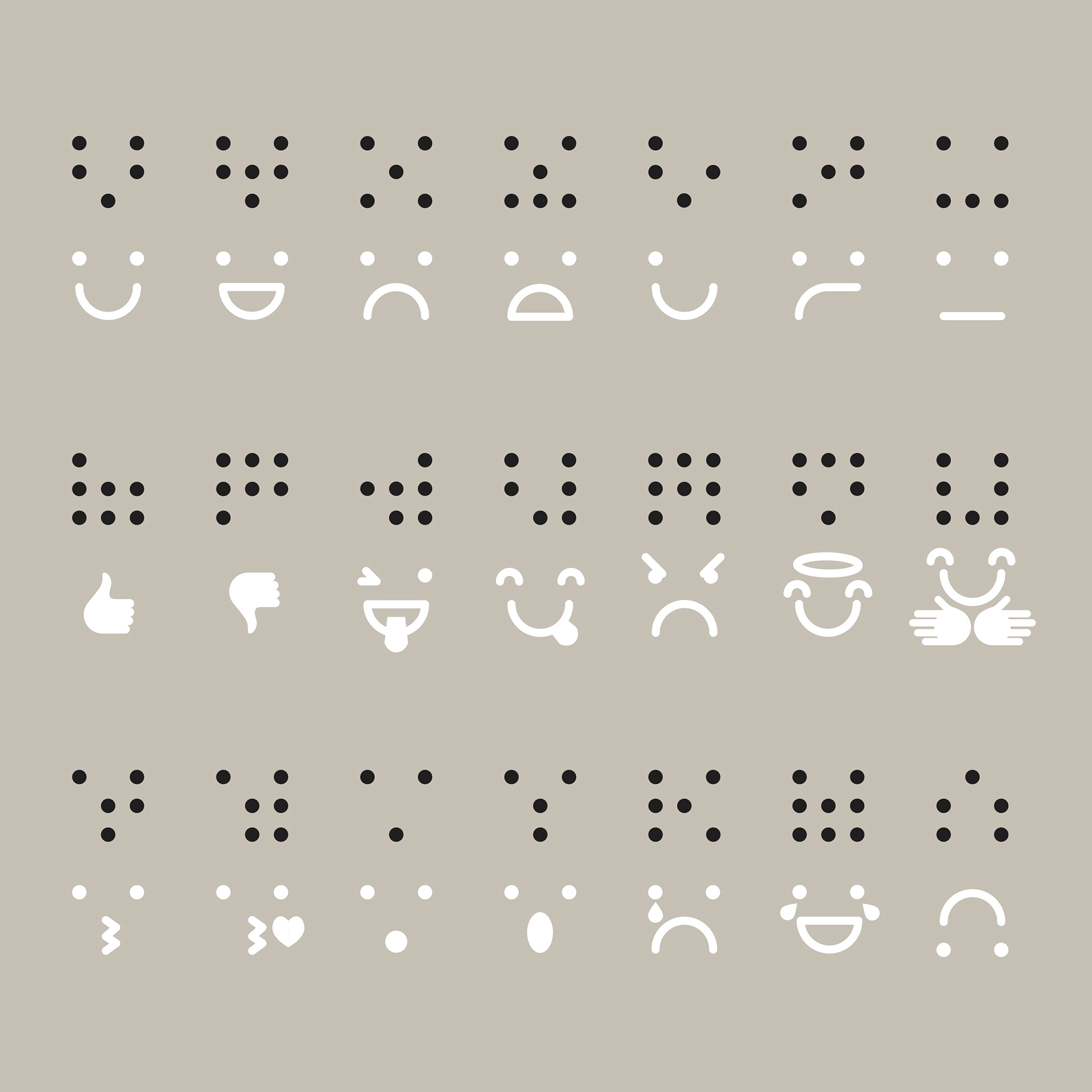 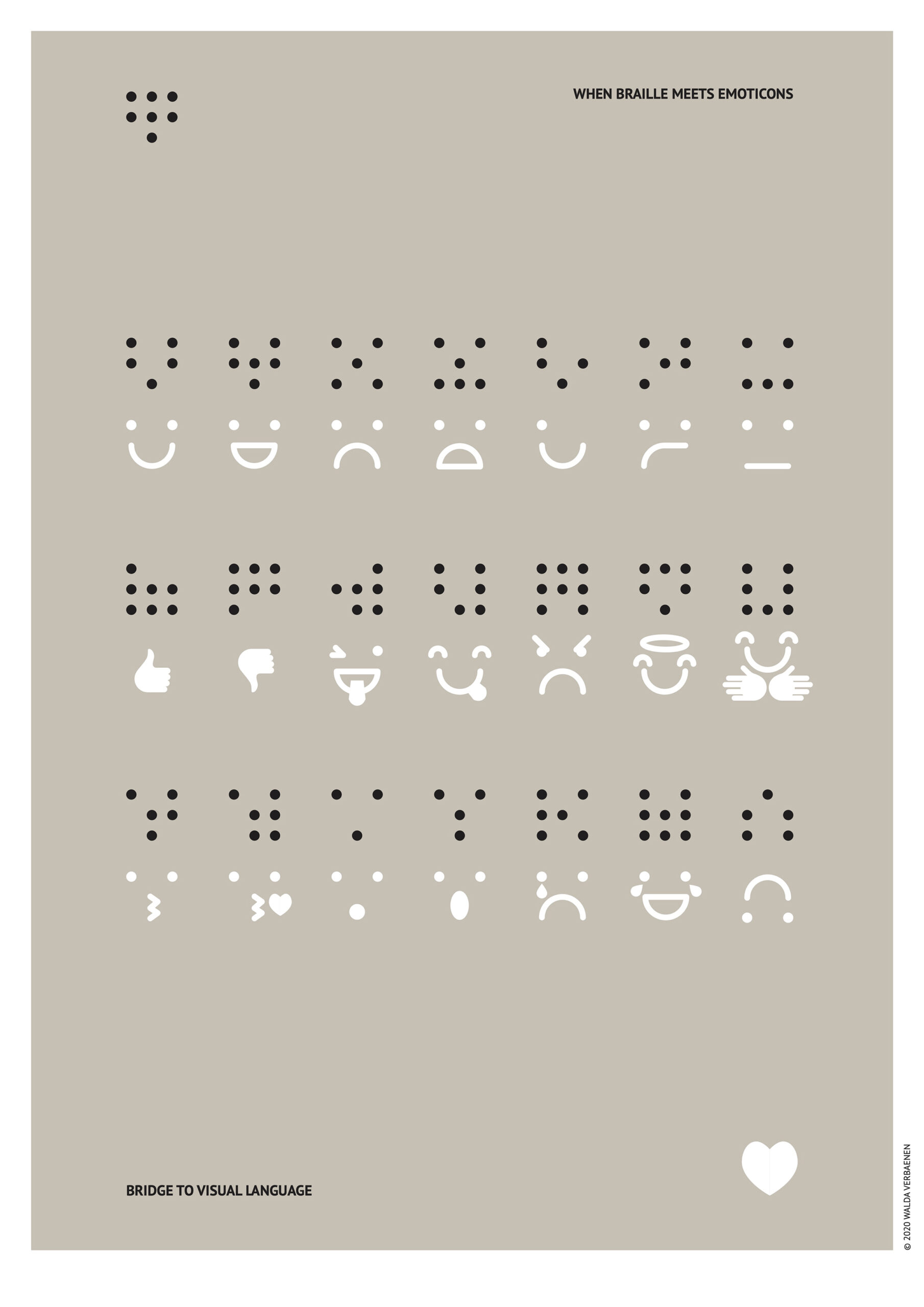 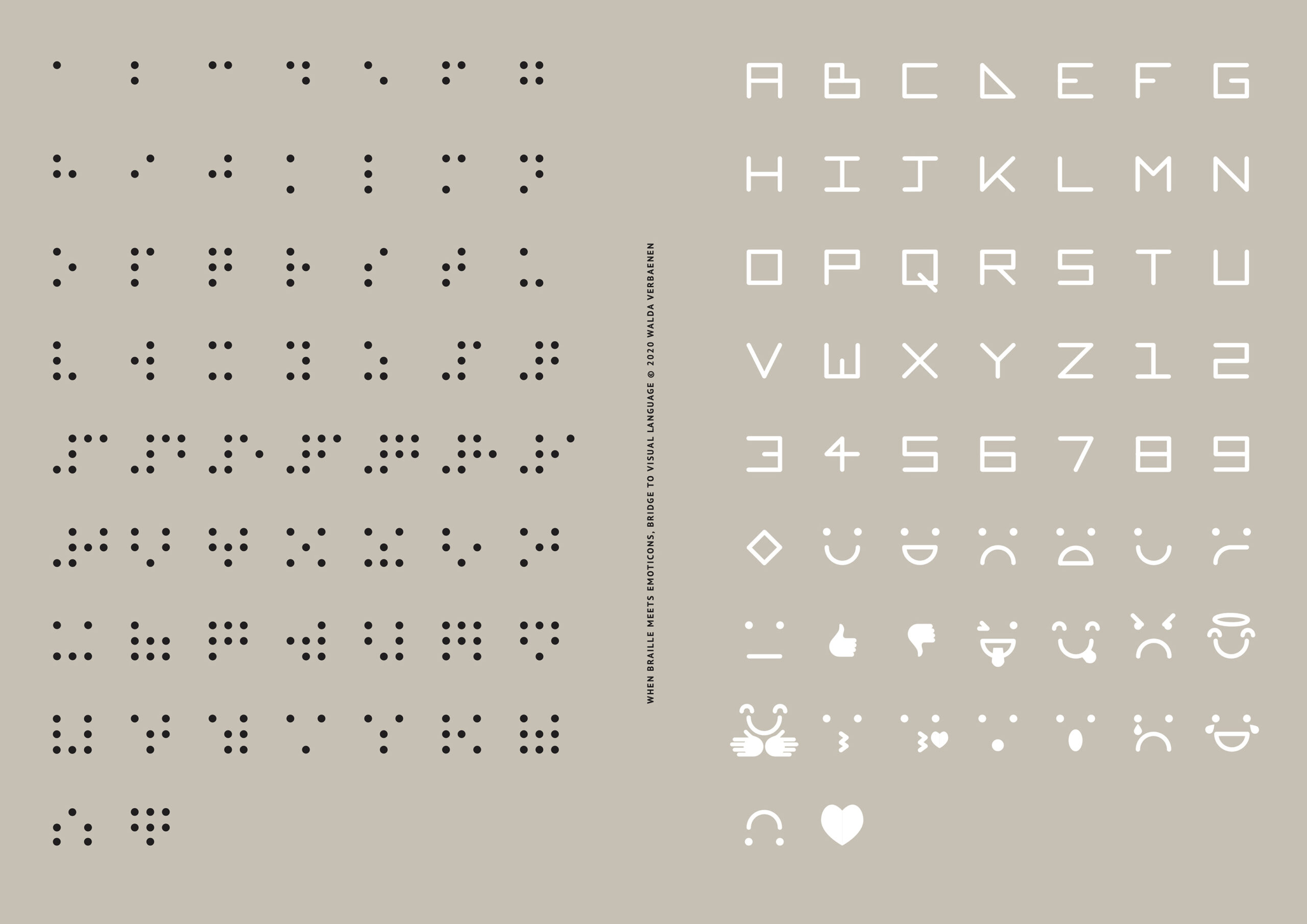 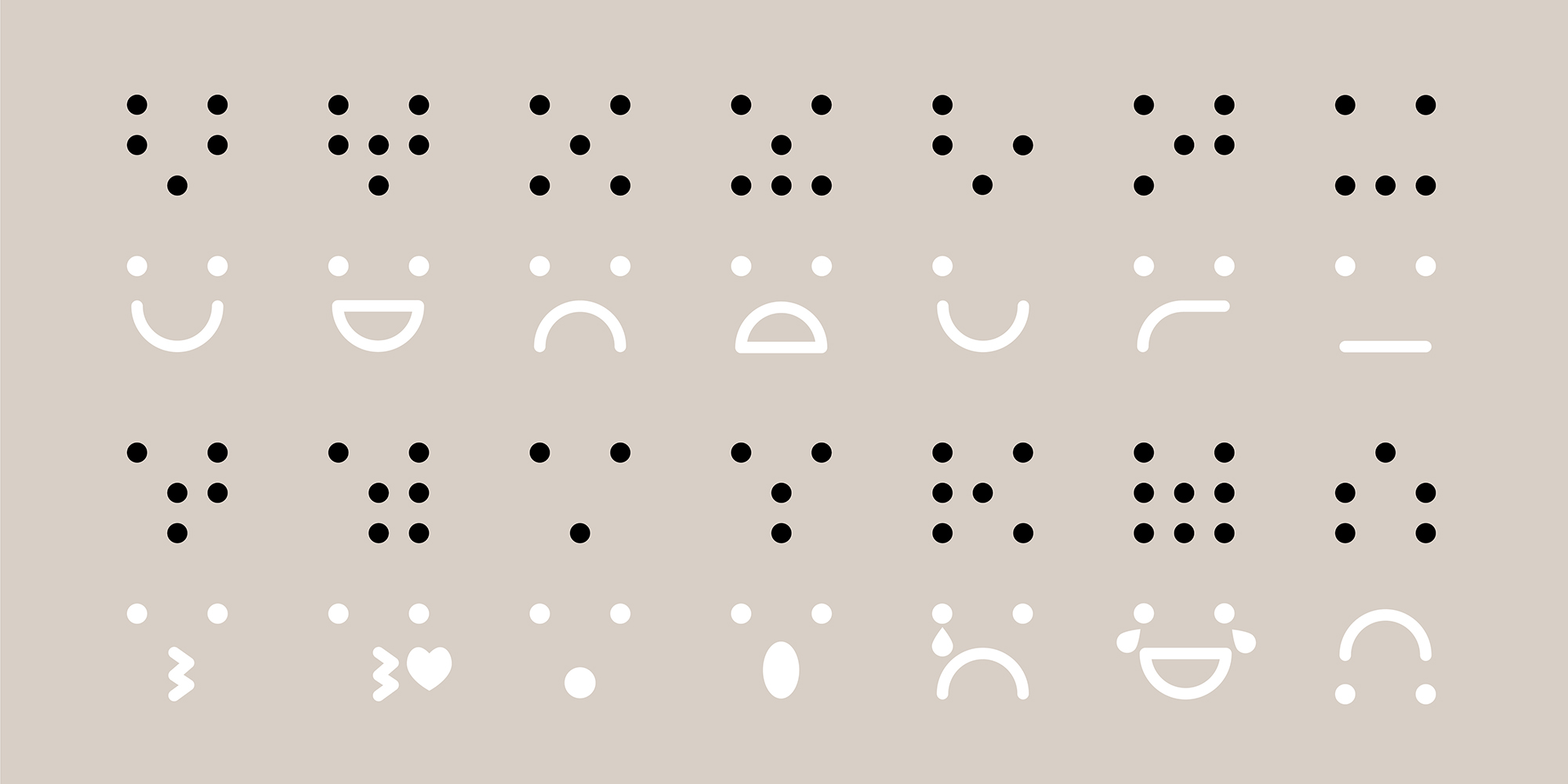 Emoticons are universal images that are commonly used to show our feelings and emotions in one image. Happy, enthousiastic, sad, combinations of both,… all these feelings can be symbolized by one symbol, an emoticon. They are used by people who can see, and therefore immediately can show in one character how they feel. Emoticons are used as a visual language, but what about people who can see poorly or not? Persons who have maybe never seen what a face looks like? Visually impaired persons who are using the Braille language are forced to use the 26-letter alphabet to describe their emotions. This insight was the starting point for setting up an experimental addition to the existing Braille alphabet, an emoticon alphabet based on emoticons, converted into a ‘dot’ language that characterizes Braille. A new 9-dots grid has been developed in order not to confuse with the basic structure of the Braille alphabet (where a 6-dots grid is used for letters, and a 12-dots grid for numbers). The braille ’emoticon’ leters are structured logically. The emotions of the face, which characterize the emoticons symbols, are replaced by dots. These dots represent the movement of mouth and eyes. In this way braille gets a face that expresses emotions. 22 of the most common emoticons have been translated into this new ‘Braille Dingbats’ grid. This typographical experiment tries to build a bridge for visually impaired and/or blind people to a visual language, and appears as a ‘Braille Dingbats’ alphabet in addition to the existing Braille alphabet. It shows the supporting function that design offer, and gives a meaningful contribution by means of design and typography.