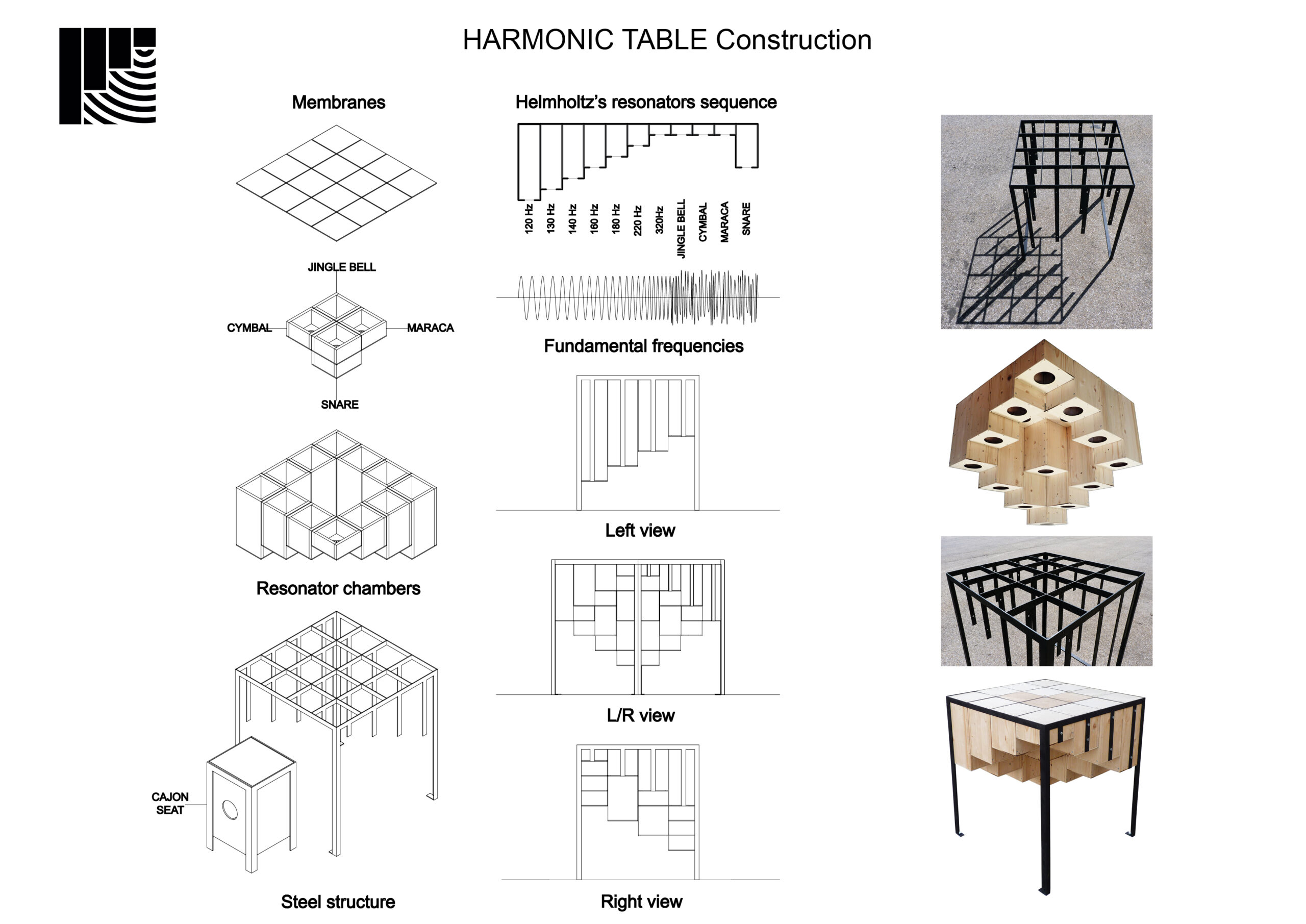 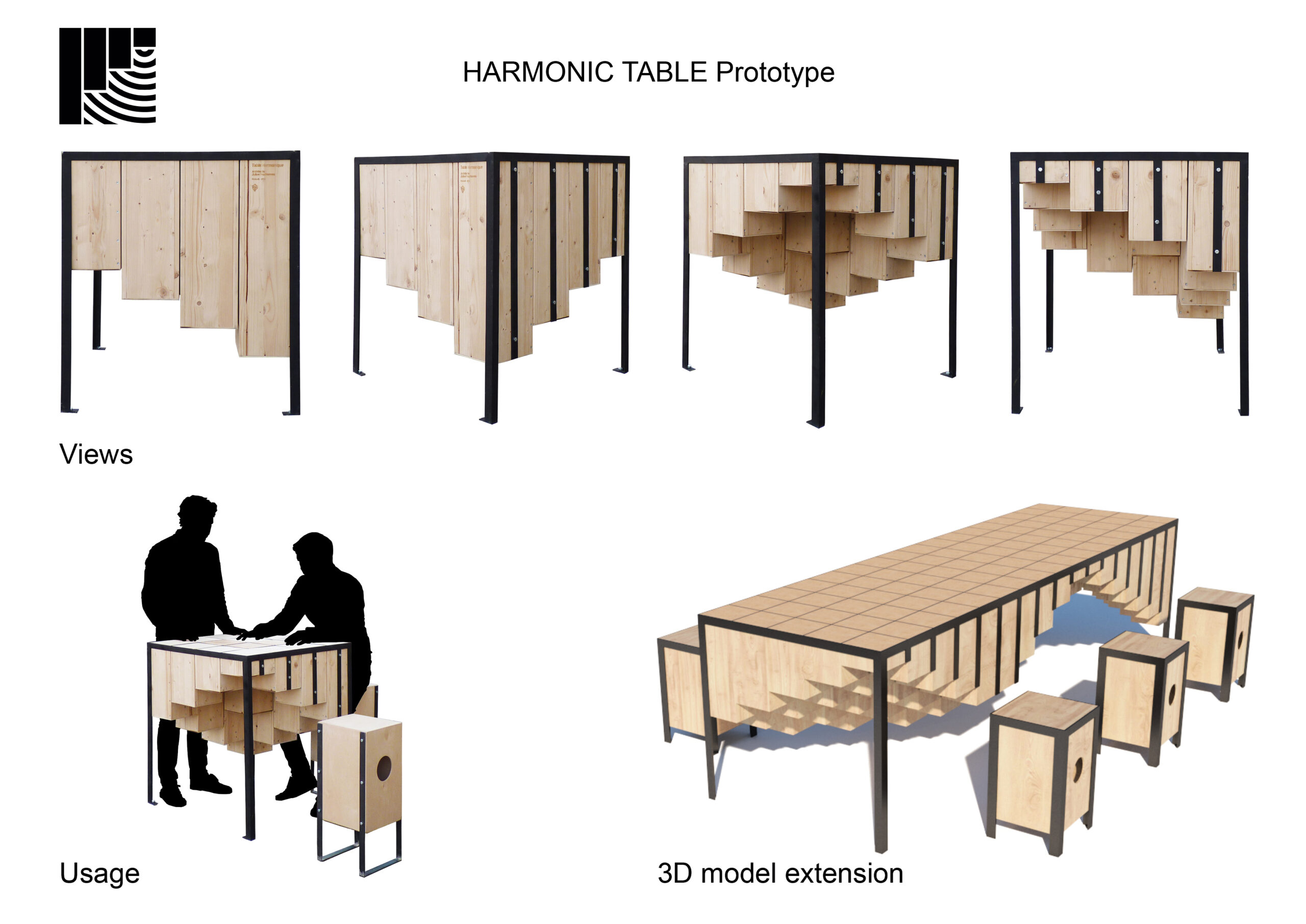 Video exemple of a jam session (with one professional drummer) : https://www.youtube.com/watch?v=vmWmnKcjioo&feature=emb_logo Abstract : The Harmonic Table was born by introducing the sound as a founding material of its original design. It is the synthesis between an urban furniture, a sculpture and an instrument which commits itself to a participative usage, playful and contemplative; the table acts as a sound force of attraction in the public space. Intention : The table is conceived according to the leitmotiv “Form follows Sound”. Thanks to its horizontal plane subdivided in membranes covering some resonator crates, the table goes beyond its urban furniture nature to reveal itself as a sound percussive object. Visually, the variation of the joined modules, like an inverted topography, offers a dynamic aesthetic to the passer-by, provoking curiosity. Immediately apprehensive, interactive and playable with hand, the table invites to a roundup and to the exchange between the people around. Both object of production and of listening, the table articulates the activity and gives a sound identity to the surrounding places. Impact : Assuming a role of an urban common, directly intended for the use of the community on the site, the table aims to democratise music and create links between the users and the public, who can easily switch their role. This leads to a public appropriation of the place where the table is installed. The aim is to generalize the learning and the practice of music and rhythm by a process of trabsversal teaching based on knowledge sharing. Therefore, the table could naturally be installed near places such as schools, parks, squares, etc. As this construction is relatively simple, it could be an option to be built directly on the site, with the participation of the residents. Morever, as the table is a modules based construction, the final design could also extends and evolves with the inputs of the people involved. Conception : The prototype of the table measures 80x80x90cm. The carrier structure of the table is made of flat steel section, welded amongst themselves, acting like a matrix which holds the 16 resonators crate (in spruce). These 16 modules are identical in plan (20x20cm) in order to offer a resonance and an enjoyable ergonomic playing. Only their height offers a range of 7 different sizes (so different sound frequencies). The hitting surfaces are made of poplar slab of 4mm which ensure a good compromise between resistance and acoustic vibration. The membranes of the 4 central modules are mounted on springs and equipped with a musical element (snare, bell, maracas, cymbal) on their internal faces. The seat are classical cajons, borrowing the same constructive language of the table. The whole elements are treated against rain.