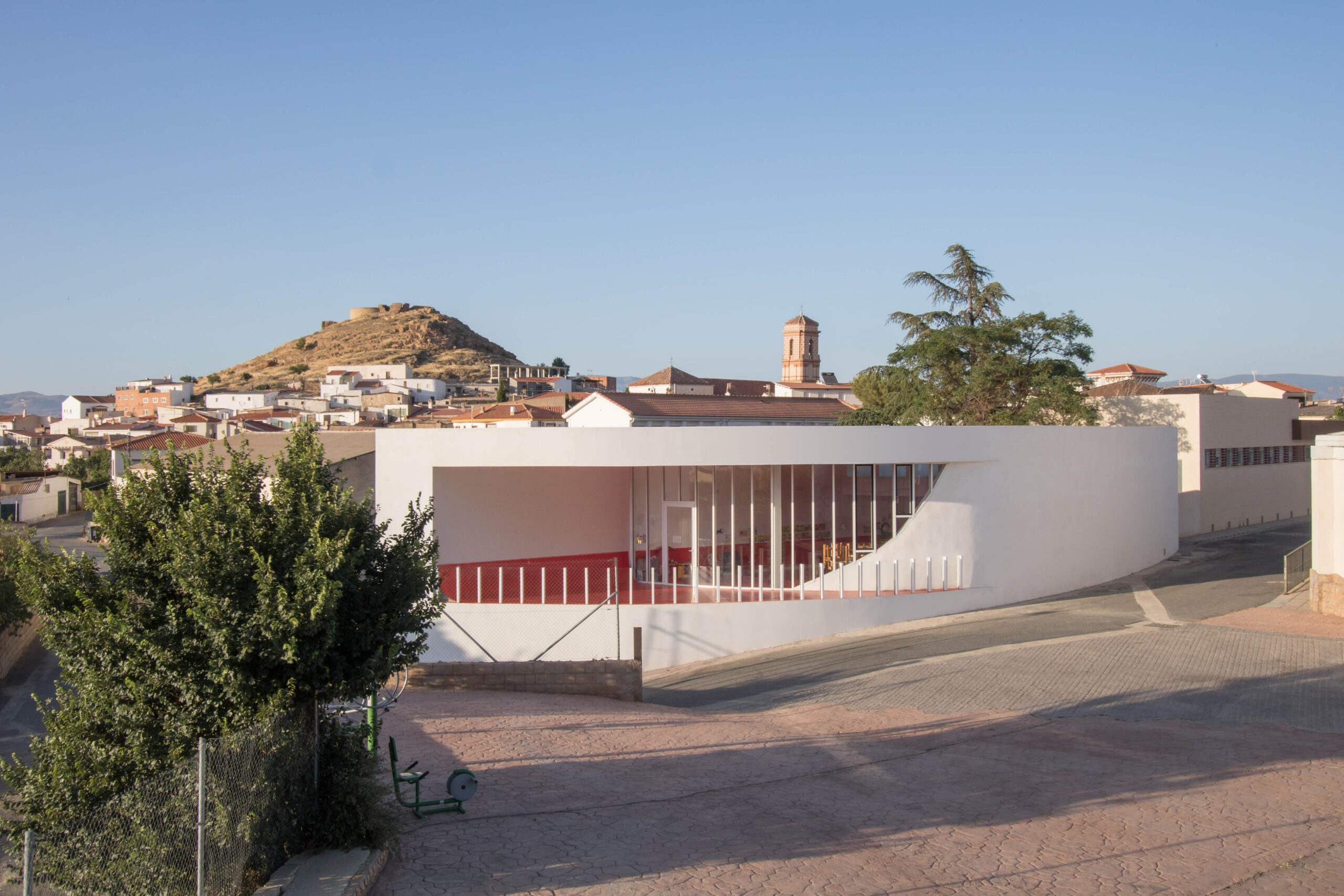 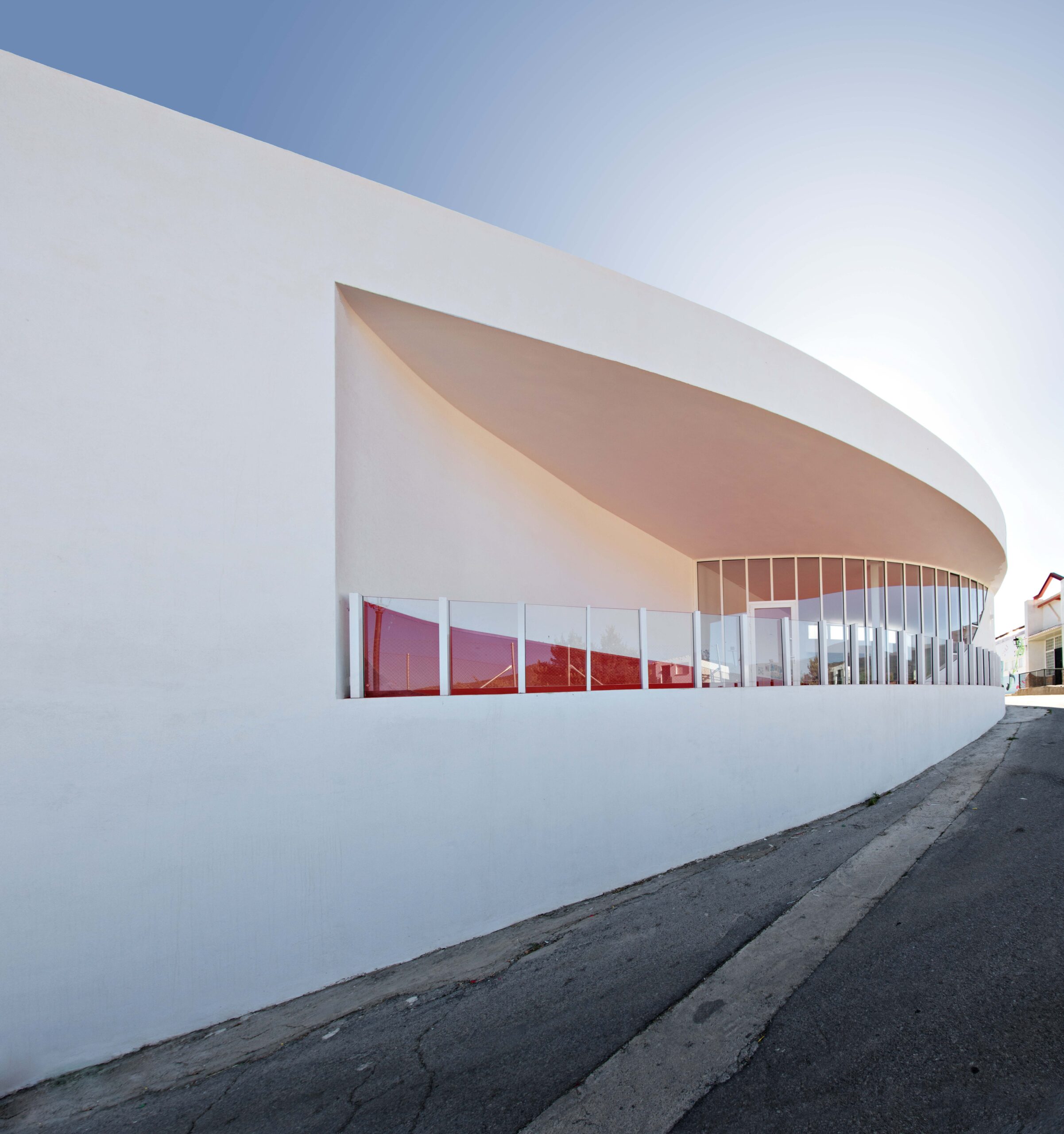 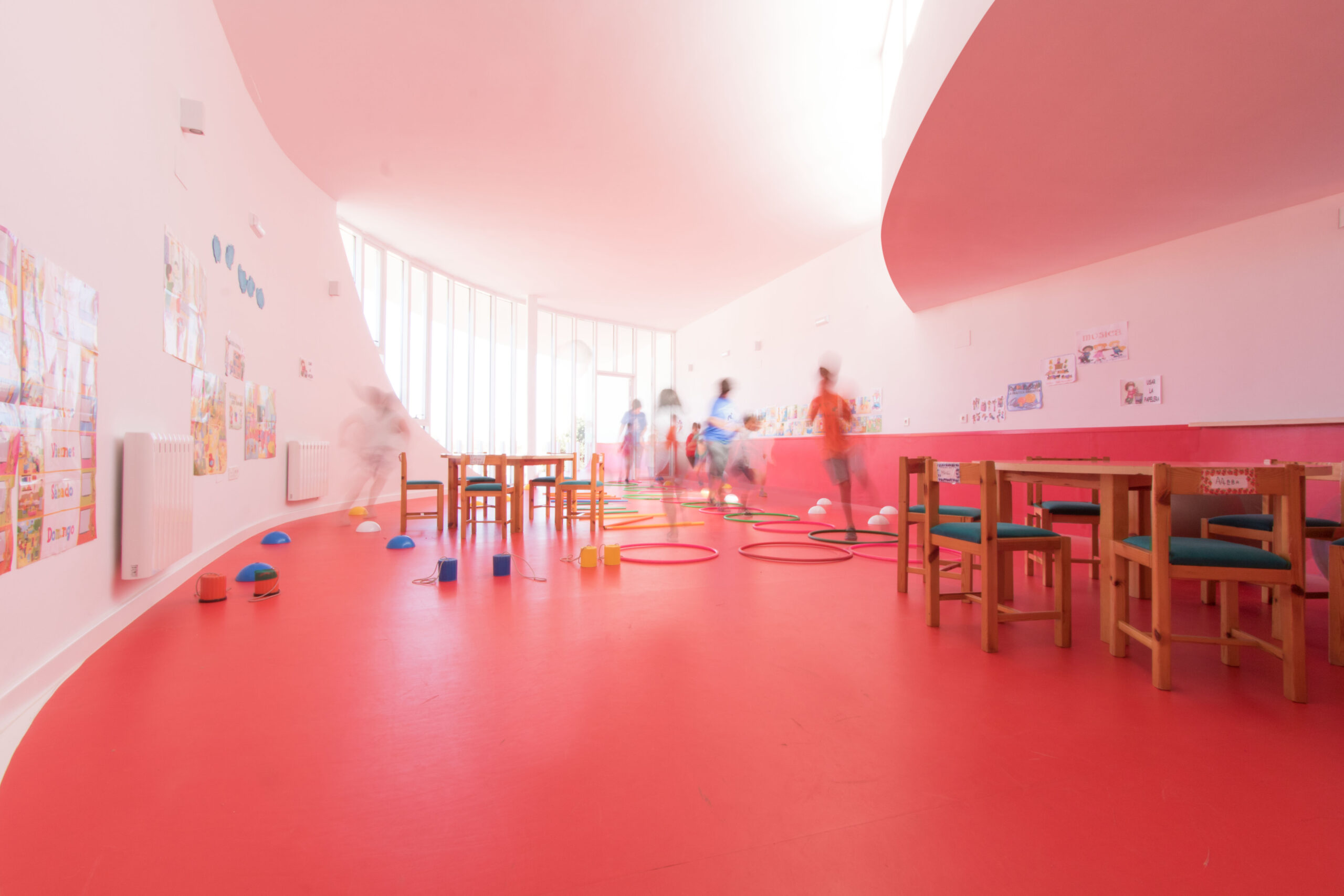 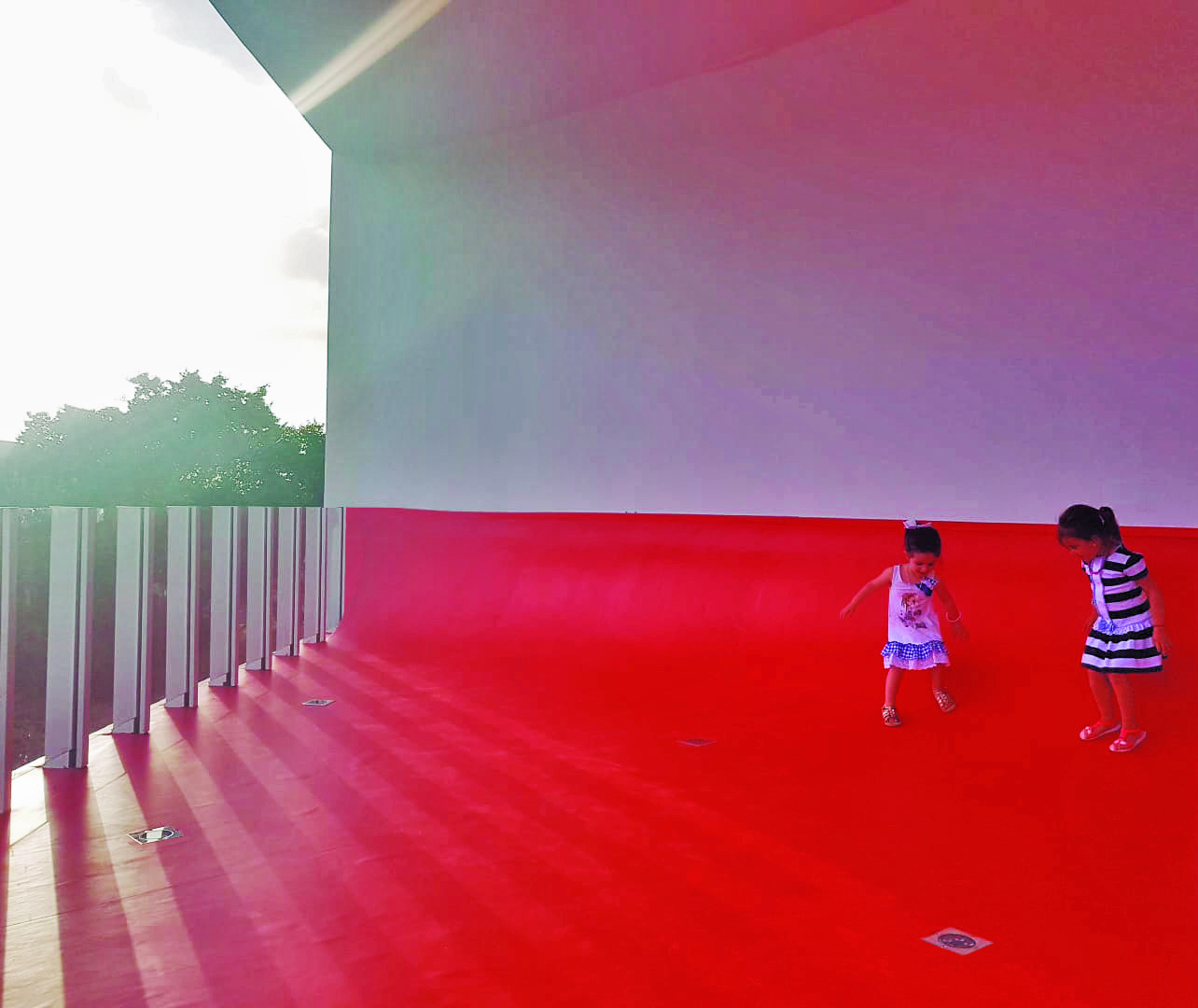 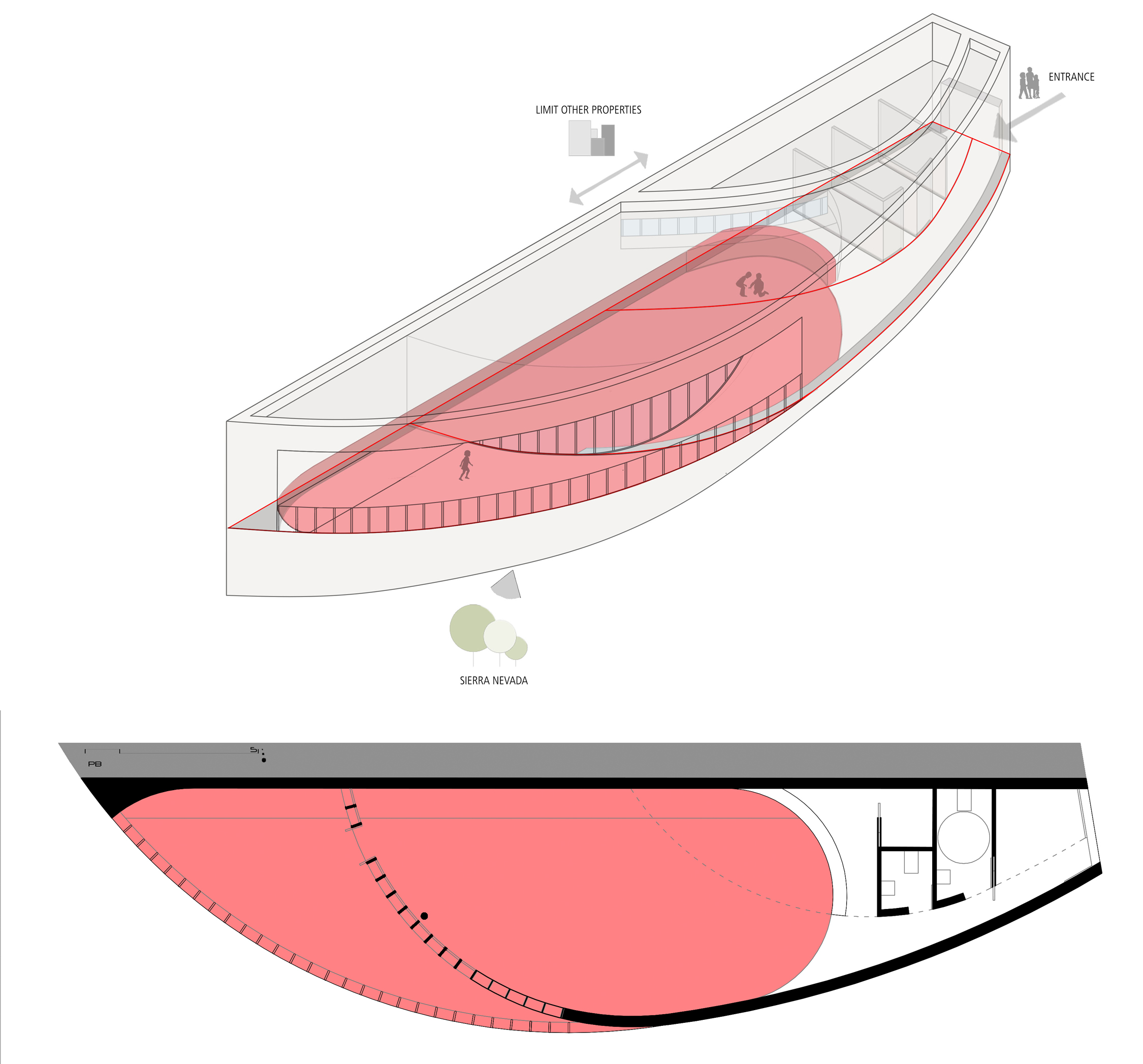 The Municipal Toy Library of Dólar (Granada, Spain, 640 inhabitants) has been projected with a low budget (450 €/m2), subsidized with funds of agrarian employment for unemployed people. The plot is located in the south perimeter of this town of Guadix&#39;s region, with a form of arch that is opened to the rural landscape in the skirt of Sierra Nevada and that it´s leaned in one property line. A major problem in Spain is rural depopulation in agricultural areas. Socially, the project arises from the local administration and the creation of this leisure space for the children of the village and the promotion of the birth through unemployed people. The horizontal roofs are typical in the popular architecture of the nearby “Alpujarras”, called “terraos”, that retain the snow in winter and creates a superior space, terraces uses for laundry or grain store. Following the organic tracing, the main form is displayed to create an exterior space linked with the central core of games. The pavement of red and white linoleum establishes the zoning of the program. To provide with a major spatial quality, according to his function, the flat cover has been fragment following a compositive scheme, introducing natural light and ventilation to the principal core. In the building, regarding with the popular architecture of the region (“terraos”), this horizontality have a sense of parallelism with it, as well as make a line that underline the urban landscape.For his construction, it has been materialized with a low budget and local materials: mixed structure of steel and concrete, closings with local “termoarcilla” and coatings with local mortar of lime, plaster and linoleum in the floors. The facilities are the necessary and basic, concealing the exterior units above the low roof, so they are integrated in the urban and natural landscape.The main colours of the pavements, red and white, and the plasticity of the material, linoleum, have a relation with the use of the building: to create a new atmosphere that is attractive for the children and promote the game and movement.