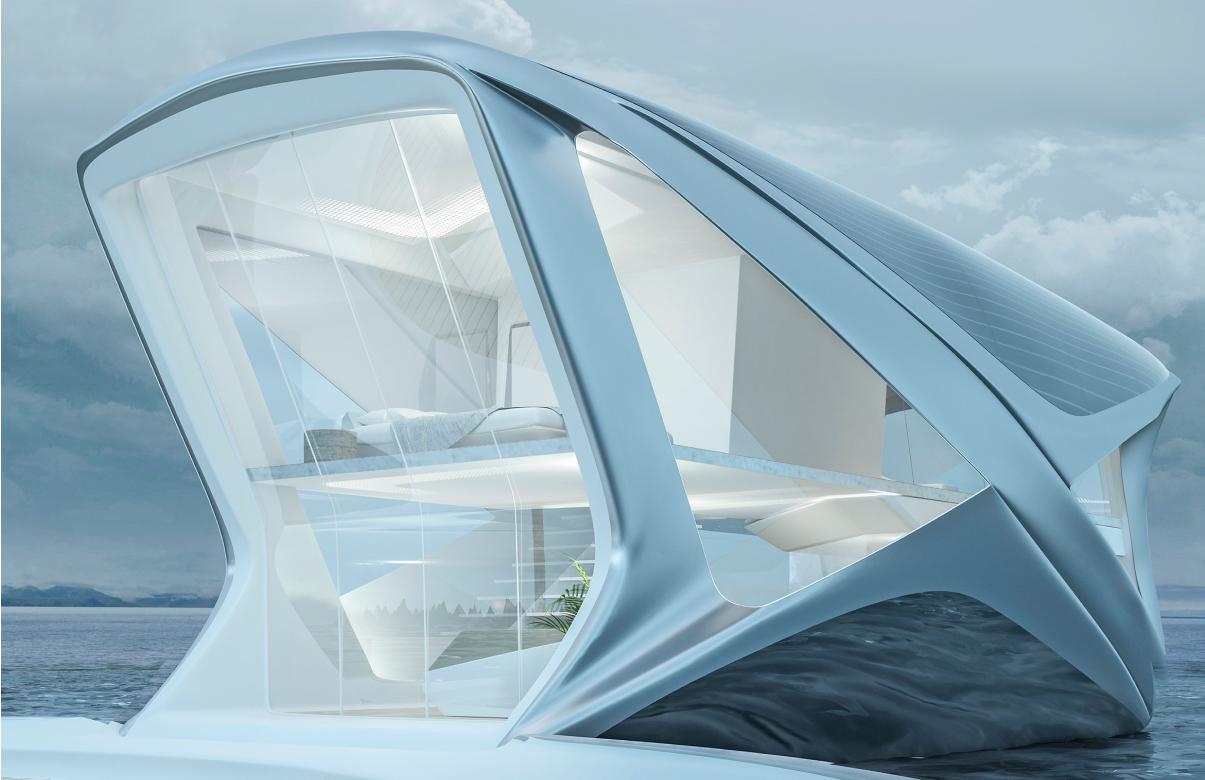 Description (parts): Description (parts): “In the next 10 to 15 years rising sea levels could bring irreplaceable changes to our environment. Climate change and global warming are leading to rising oceans. People from coastal areas are in threat of losing their land, possessions, and hope for change. Reports are alarming, millions of people worldwide are in danger of rising sea levels, particularly in Asia where cities like Shanghai, Hong Kong, Osaka, Singapore could be flooded due to global warming. Climate Central Estimate reports that 275 million people worldwide live in areas that will eventually be flooded due to 3C of global warming. Ocean community is a future mobility vision to deal with rising sea levels. By creating mobile domestic naval units, we transform a disaster zone into a habitable space, using the ocean as a living space. The creation of these new structures will serve as a fully functional living space and be connected with existing infrastructure on land (…).” 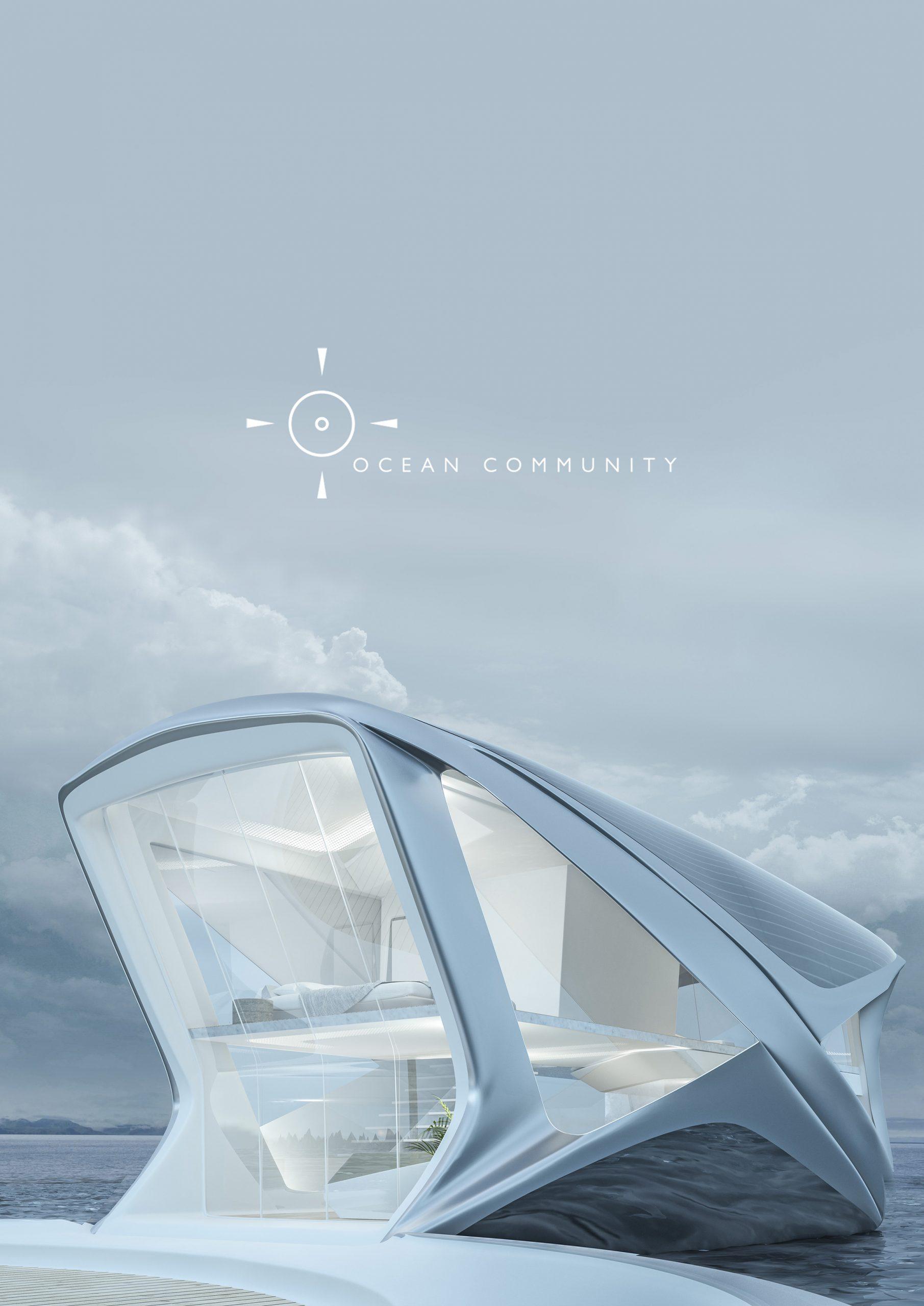 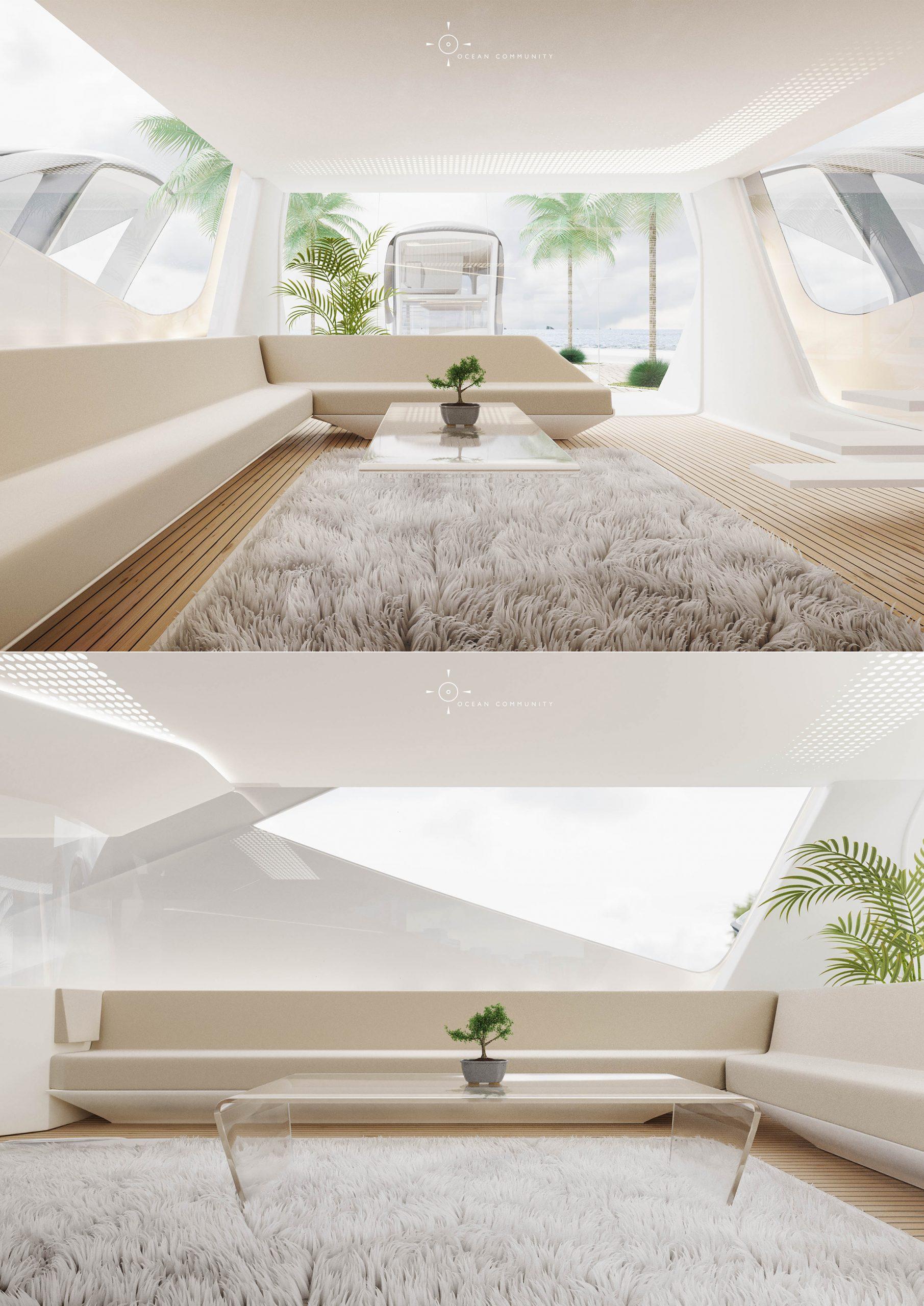 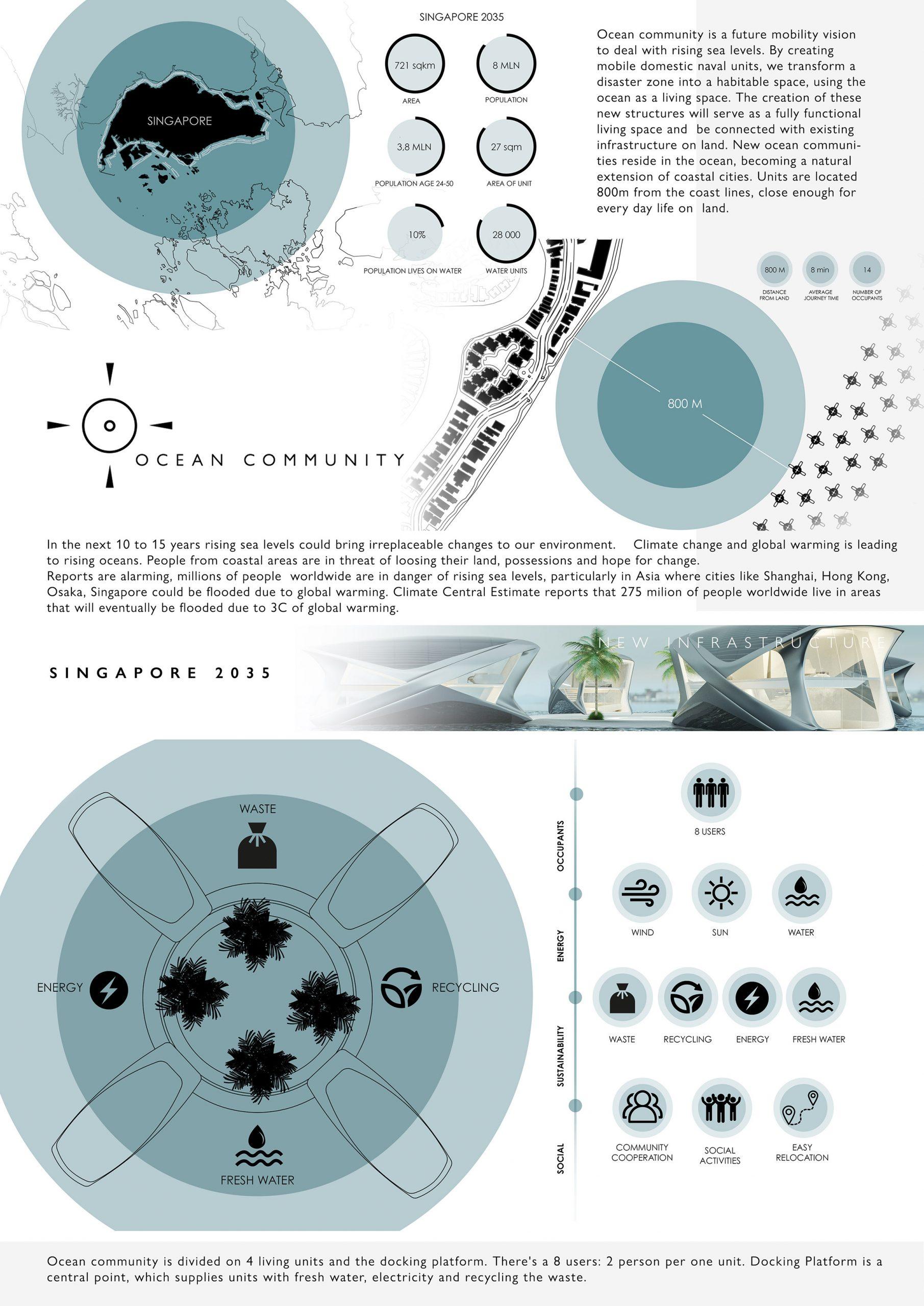 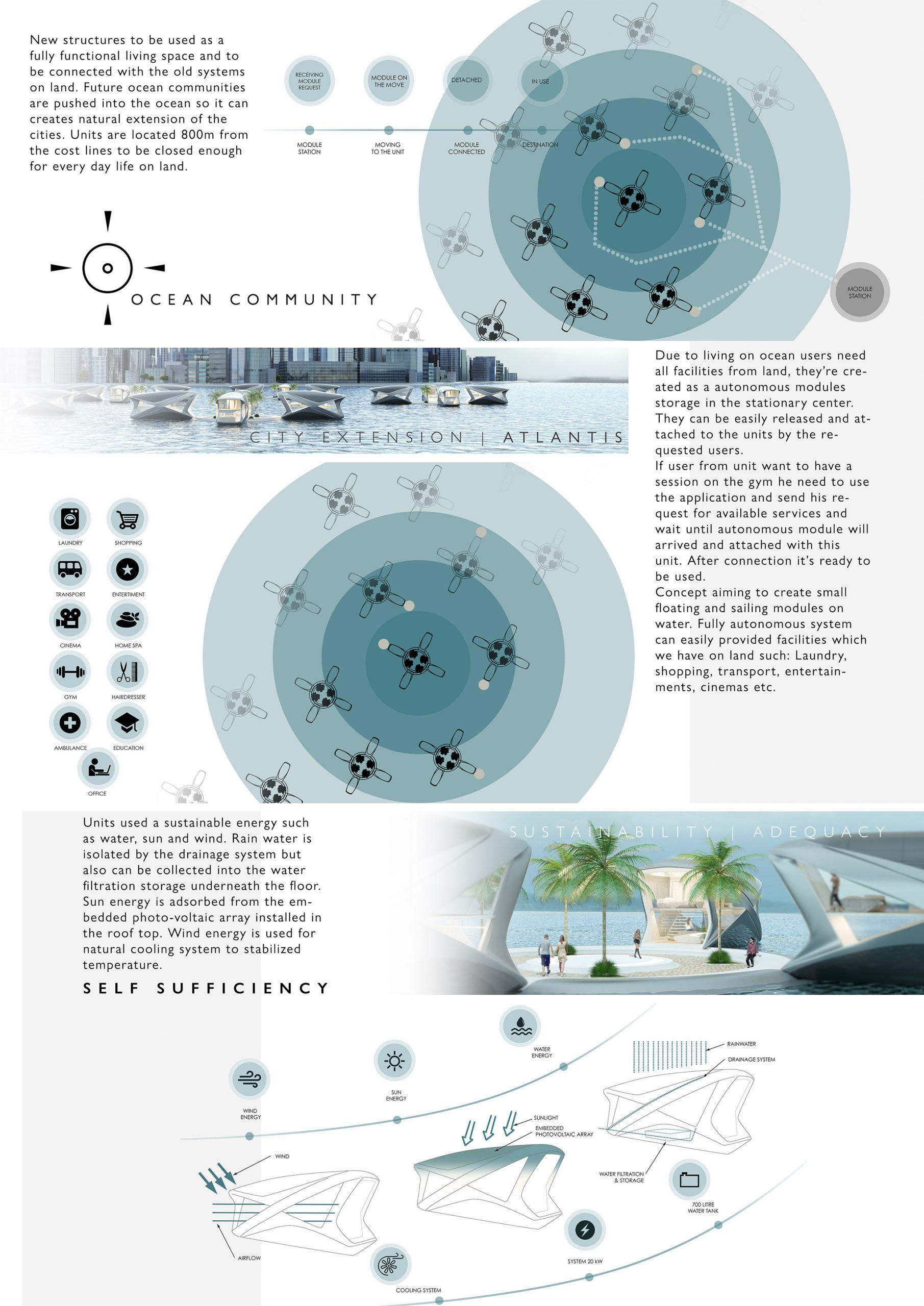