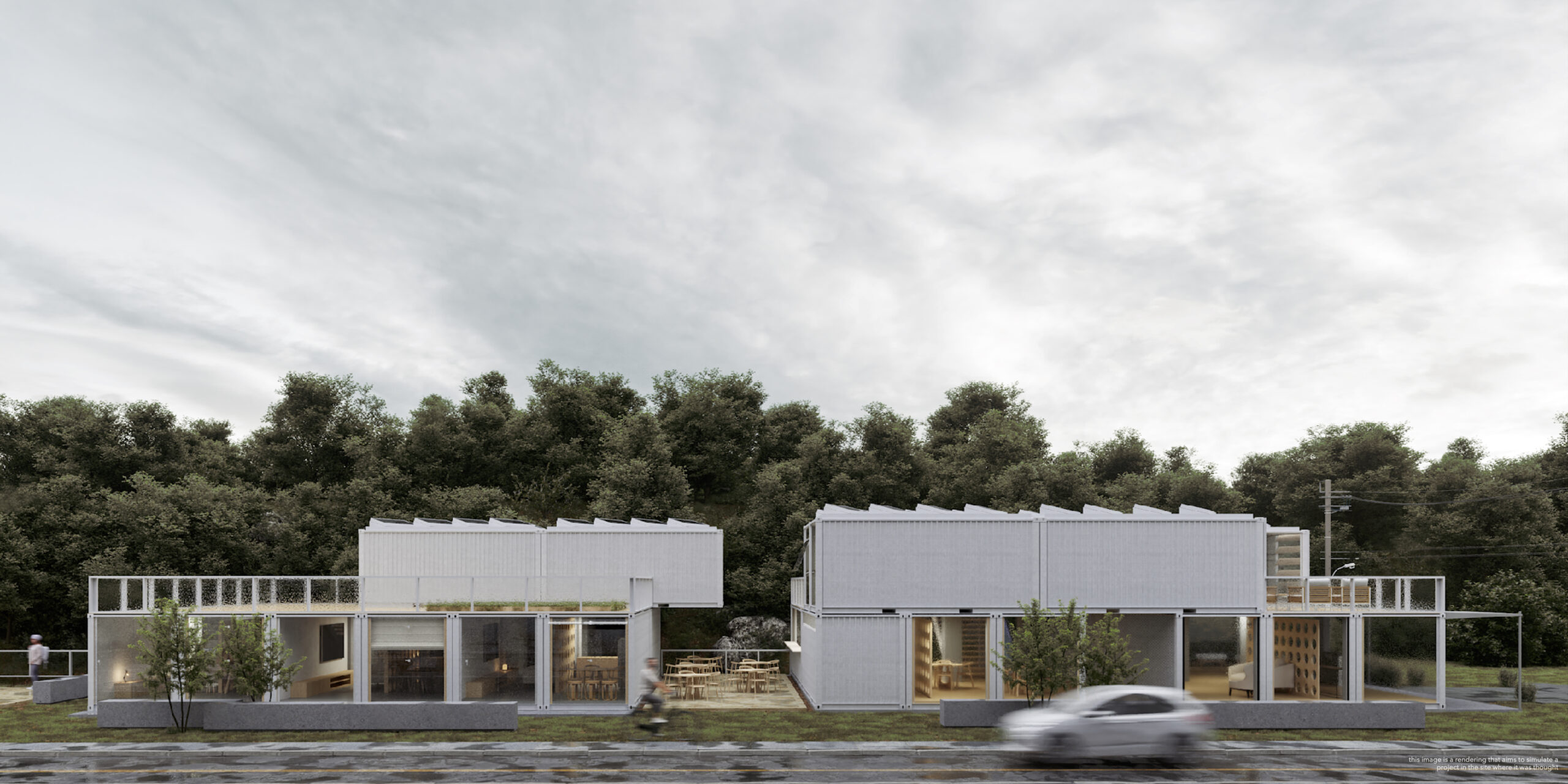 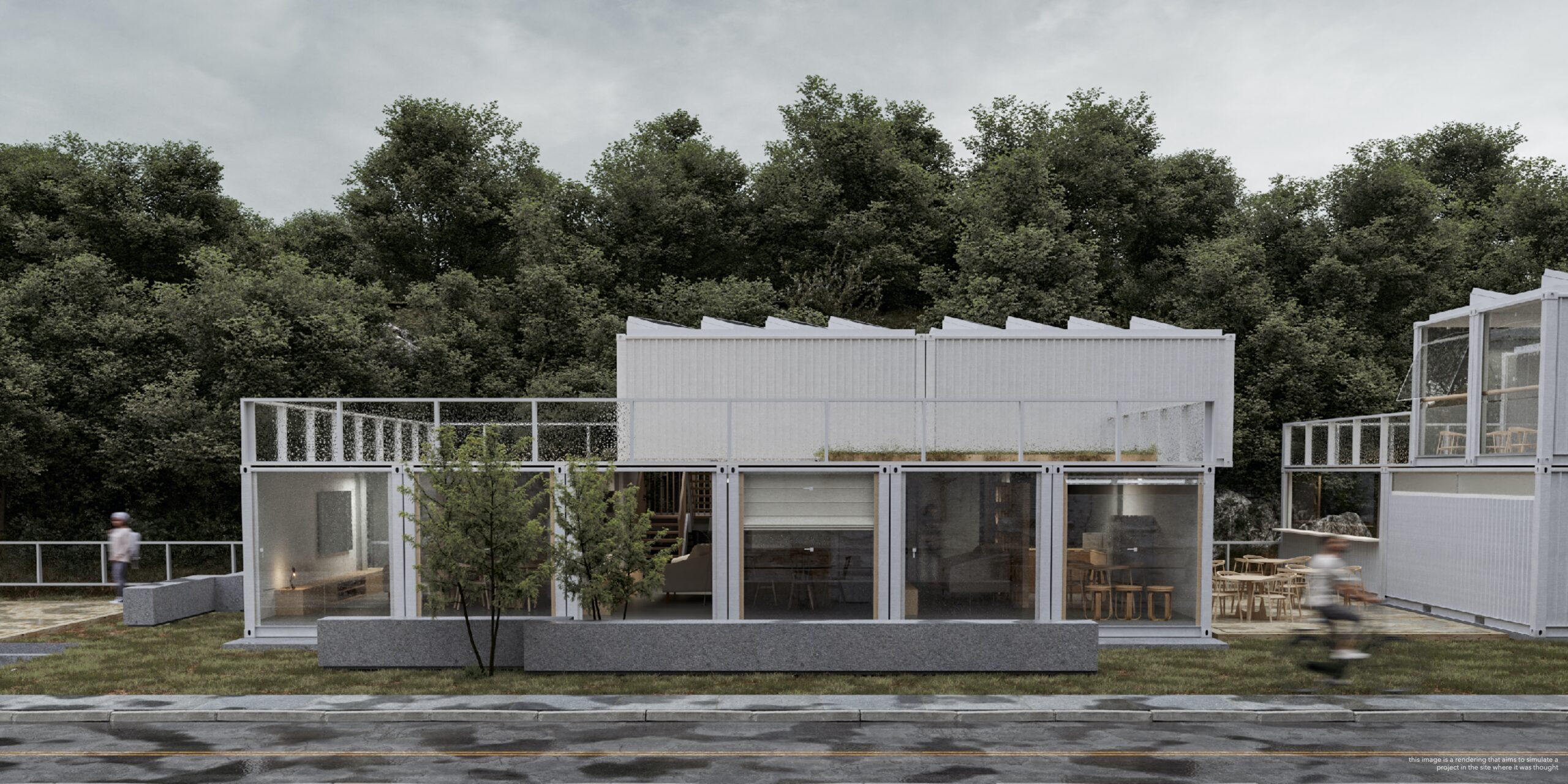 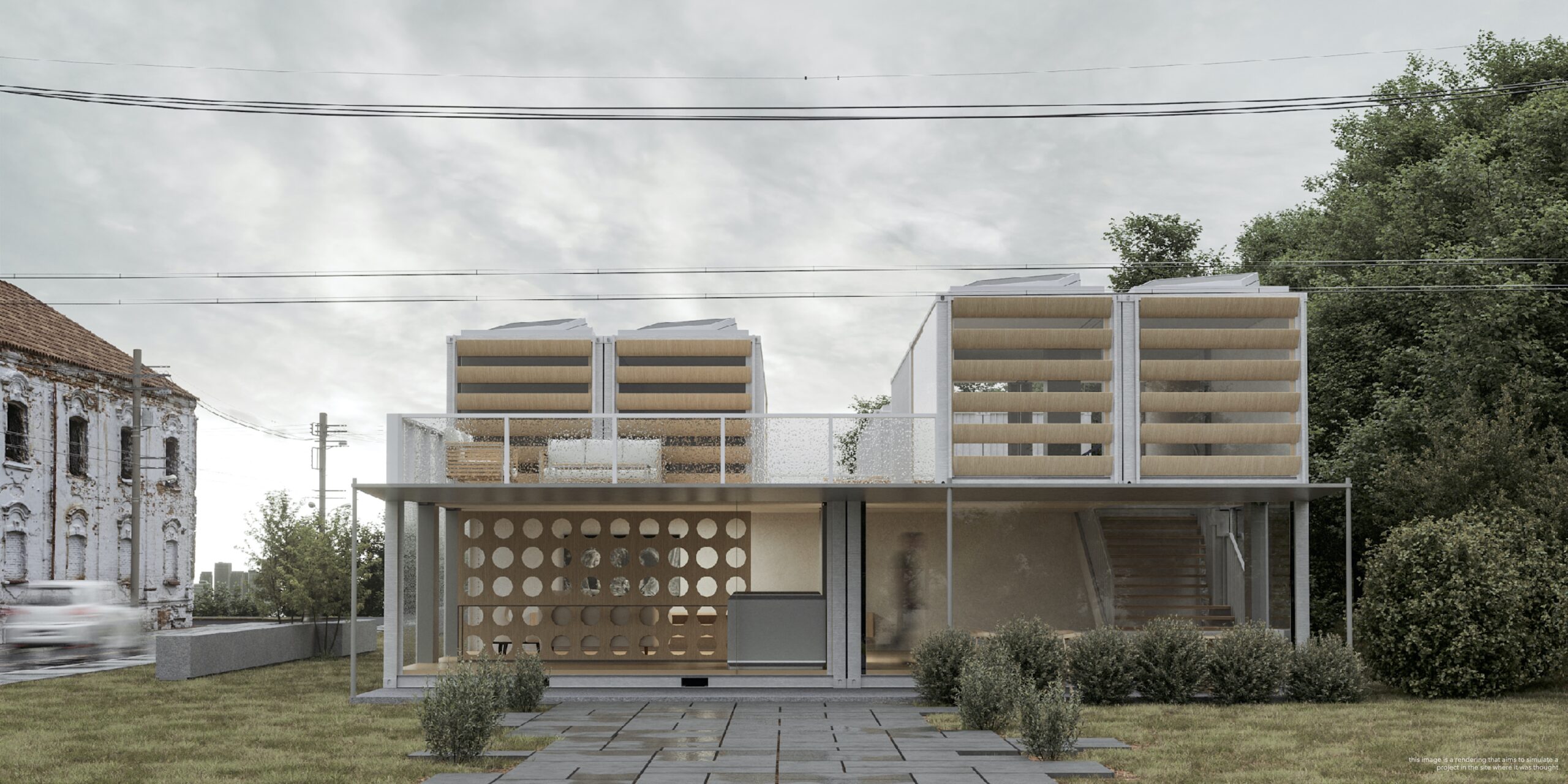 Out of sight
Honorable mention in architectural design

Overall context
The place chosen for the implantation was the Frades Island, in the northern area of Rio de Janeiro, Brazil. Located in the literal southeast of the state, in a slightly dense region, just 11 km far from the city center. The project land is characterized by the combination of landscape formed by plains and an intense and preserved afforestation that configure the bucolic climate, having as principal view the Presidente Costa e Silva Bridge which connects Rio de Janeiro to Niterói. Having as object of study extensionist projects of local relocation, as well as the learning resulting from the experience of residents, the project aims thinking the island from the limits that define it, whether physical-tangible or social, assuming a critical reading about the role that they play on these resident´s lives.

Process
The project was thought during 6 months, with an estimated execution of 4 months. In it, I proposed the insertion of 42 conteneirs of 20 foot treated with thermal insulation, totaling a space built of 620 m to meet two needs: a dance school that previously operated in spaces adjacent to the church and three emergency social housing, which would serve as temporary shelter for the residents, always having on mind the necessity of a fast and accessible construction, with materials of easy insertion on the local.
Their project aims to respect the limits of the existing topography, tracing the axis of the street parallel to the neighboring building, a church dating from the XVIII century, within the limits of the unified lots, taking advantage, above all, of the space in which it had been the stage of small tenements belonging to the local religious.

Outcomes
As a result, we have a project with a structural system 85% lighter than the usual masonry and that takes half the time to be executed, in comparison to any other common building. Already in the community, thanks to the larger space we have for the cultural area, we would be able to double the number of children attended by the school, changing, therefore, the young local population’s reality. We can also count with internal and external lounges and social areas that make the buildings key parts in the community’s experience. The addresses would provide not only temporary shelter the three local families, but could also serve as shelter to other families in the future.

Impact
The project as a whole, together with the political local movements and extension research, warn/alert about the need for government and society care towards the remaining population of Ilha dos Frades, especially the right to access to culture and decent housing, present in the Brazilian constitution. It comes as a conversation topic the importance of the historical-ancestral preservation of the place, through the generations of families that since the century XIX have been there, whom thanks to the project would continue to inhabit the place and mitigate, therefore, the effects of gentrification and real estate speculation in the Rio´s port area.