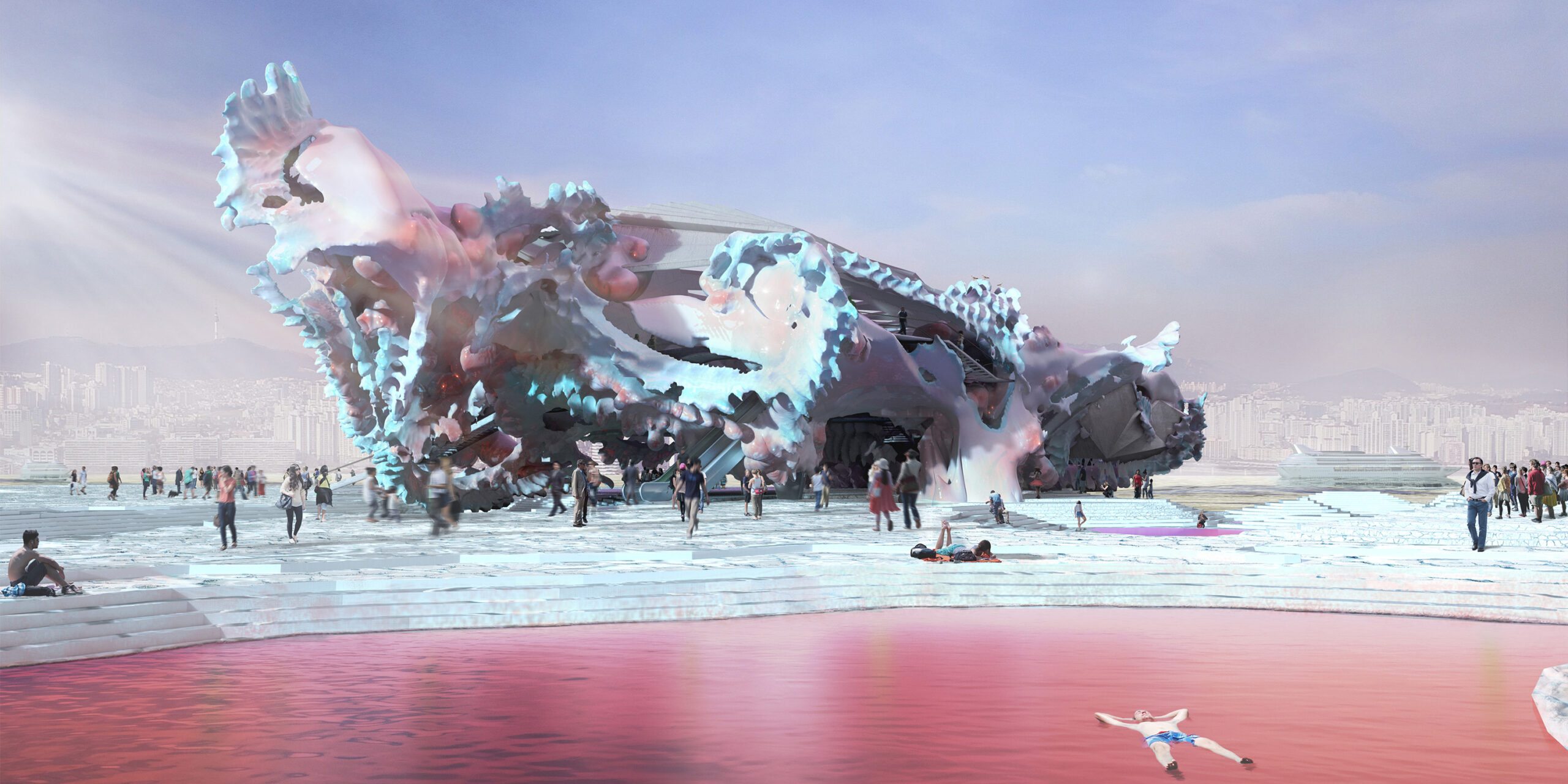 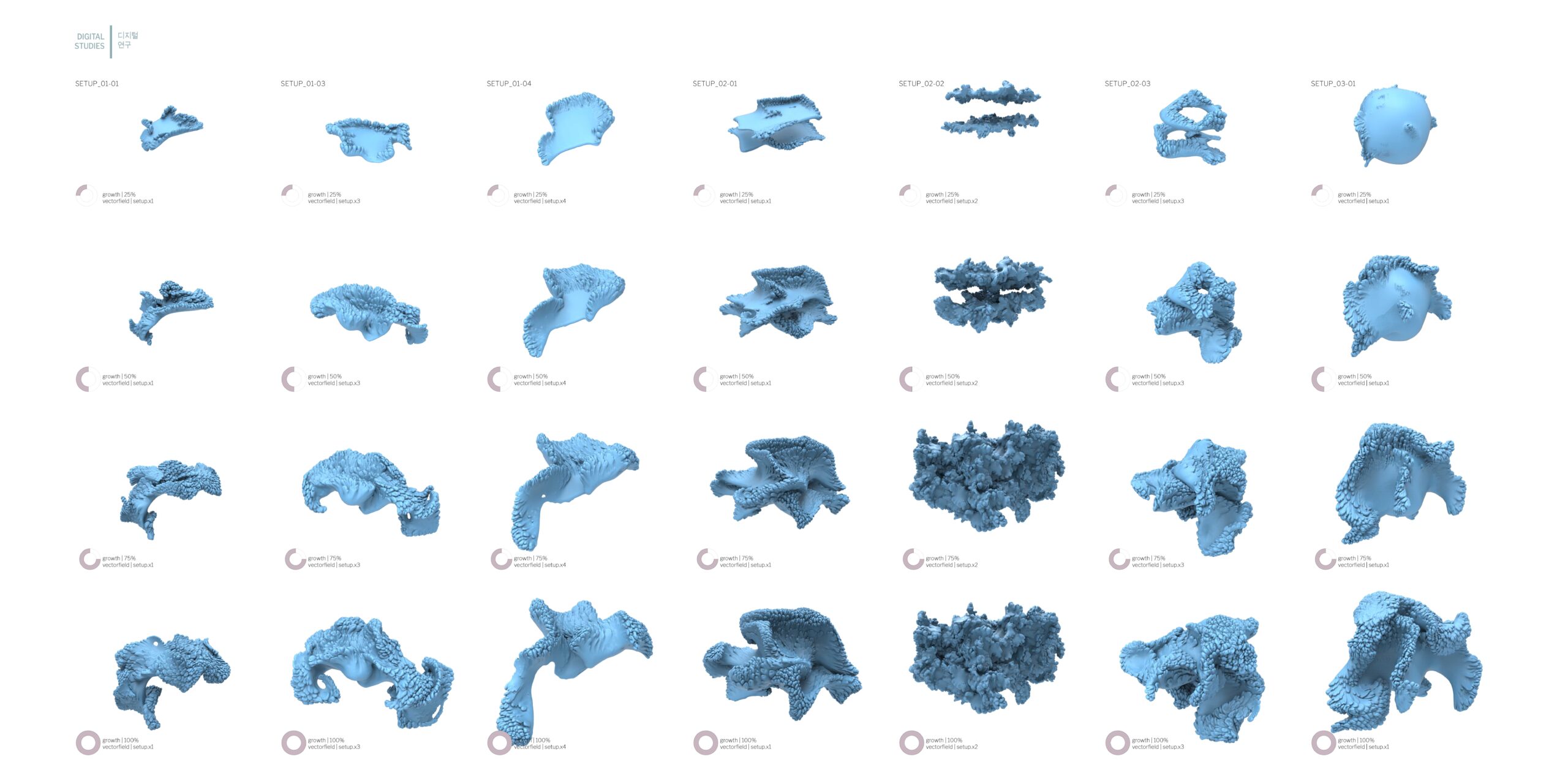 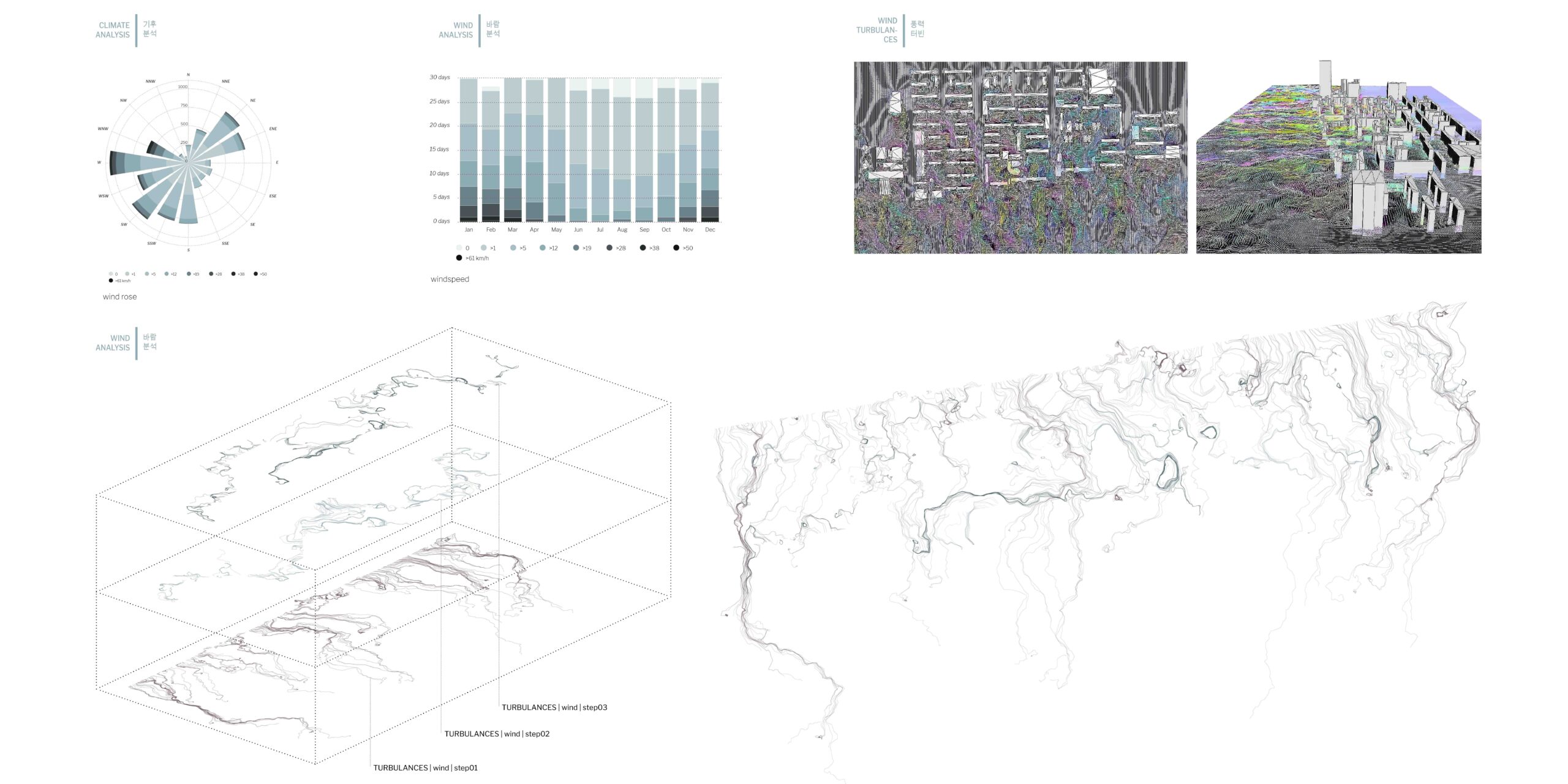 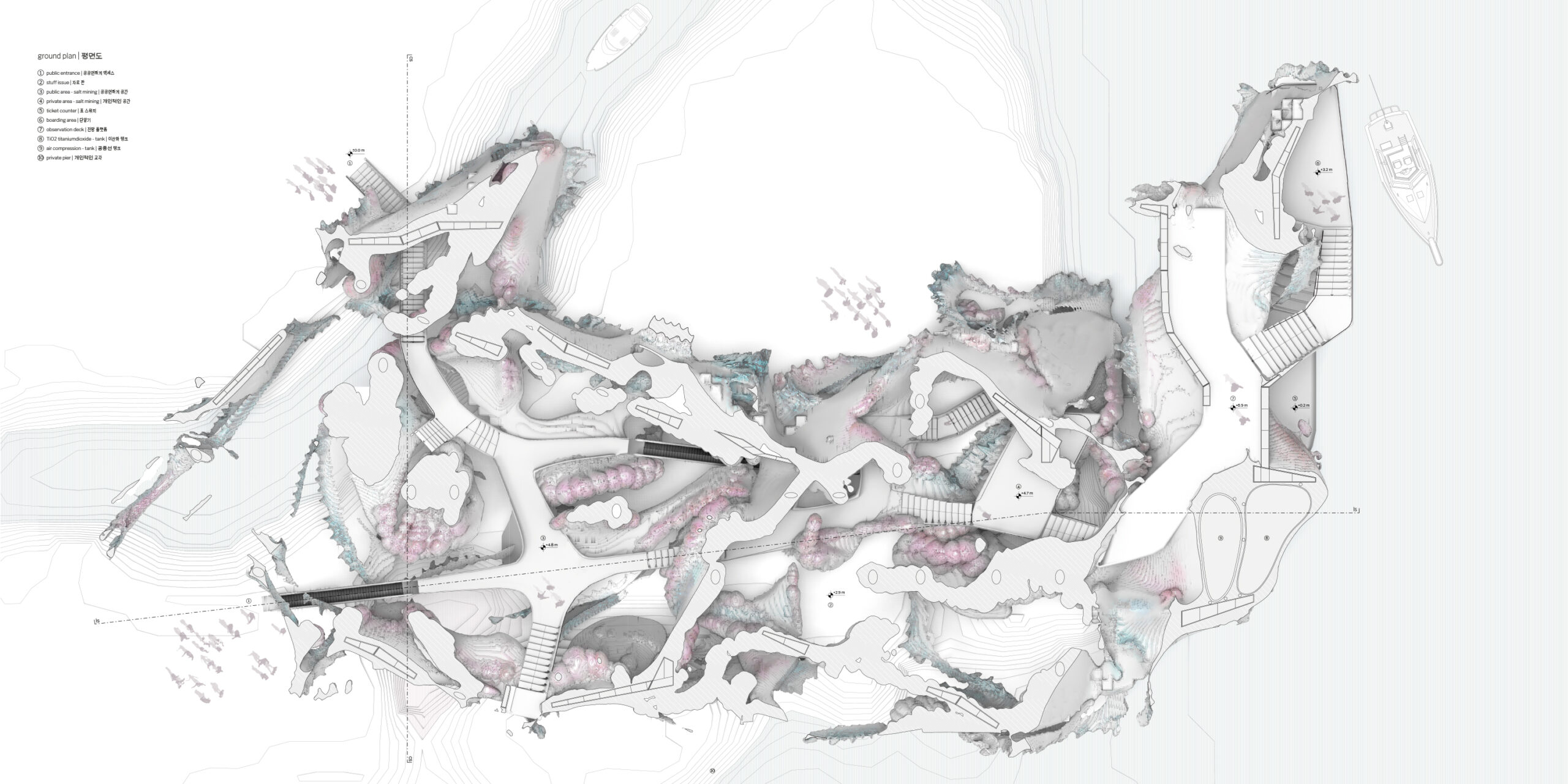 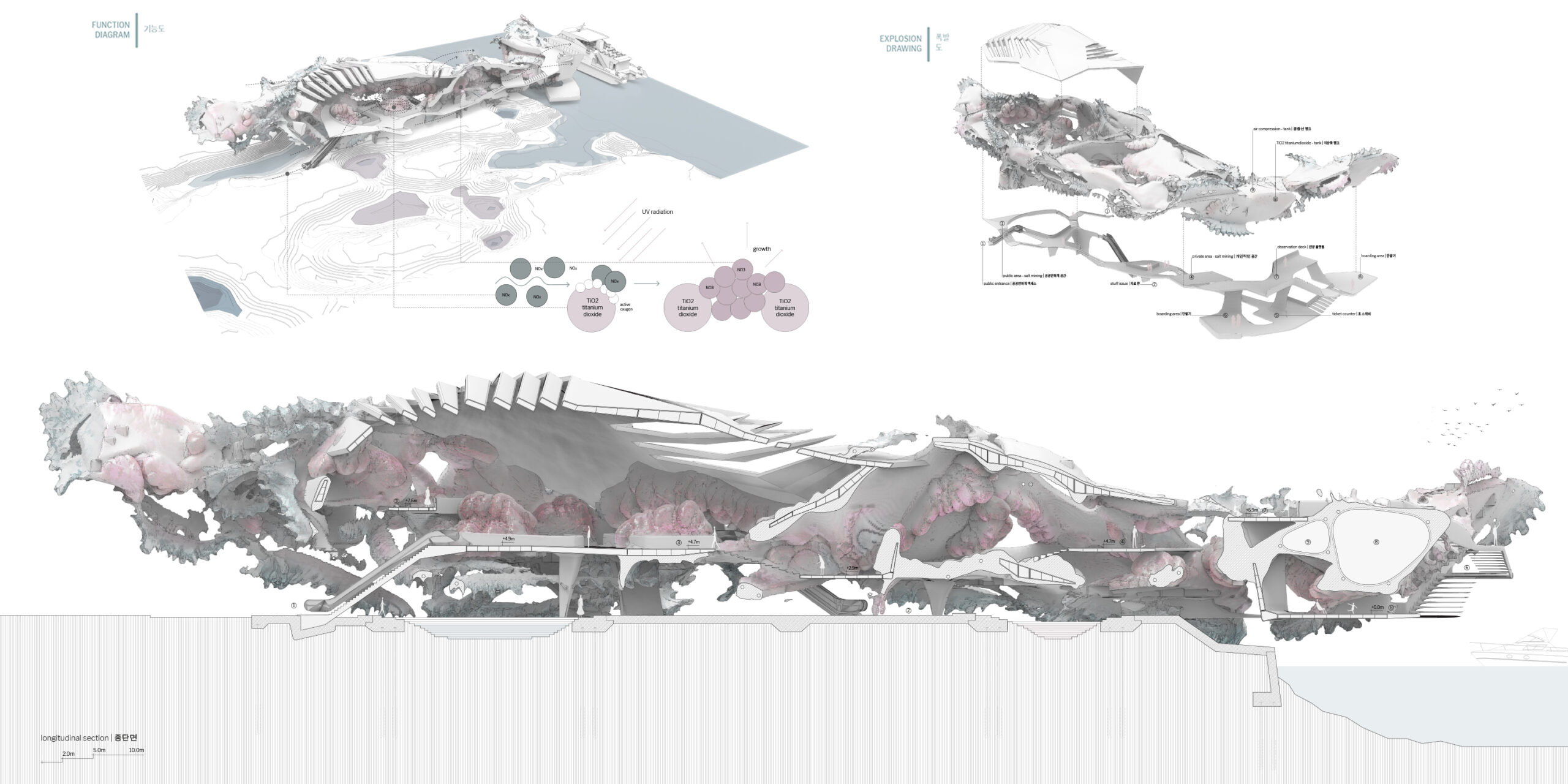 Our strategy was to create an efficient ecosystem, that adapts to the surrounding conditions. Seoul has an large amount on air pollution and the site next to the river should function as an air cleaner. We generated an landscape based on the main wind direction heading from the city torwards the Han River. Our hotspots where we placed our buildings, were those areas where the turbulences of the city had their highest density. To get a higher effect we also modifed the landscape there, to create some lakes. Water helps to rise the velocity of the wind, the so called chimney effect. In combination with the carefully chosen areas and the landscape modification we are able to collect the highest amount of polluted air from the city. The structures get sprayed with titanium dioxid and in reaction with sunlight it creats salt. After a while this salt can be harvested and used for many benefits. Salt can be used to treat many deceases like, allegies, it helps to recover infected lungs, and it has many benefits for the human skin. Some say it also helps to release some stress. The landscape with its harvesting lakes is sectioned in different parts. There are open/public areas open for everyone, but there is also the possibility to rent certain areas, for privat urban salt gardening. The Terminal is like a huge three dimensional garden, open to everyone. You can excess it from the river by boot or through two mainly entries from the city. When there is enough salt grown, you can walk through the meandering paths and stairs. Once you are in the building, you can fully immerse in it. You can discover new areas of fresh grown salt and can harvest your own salt on your way through the building.