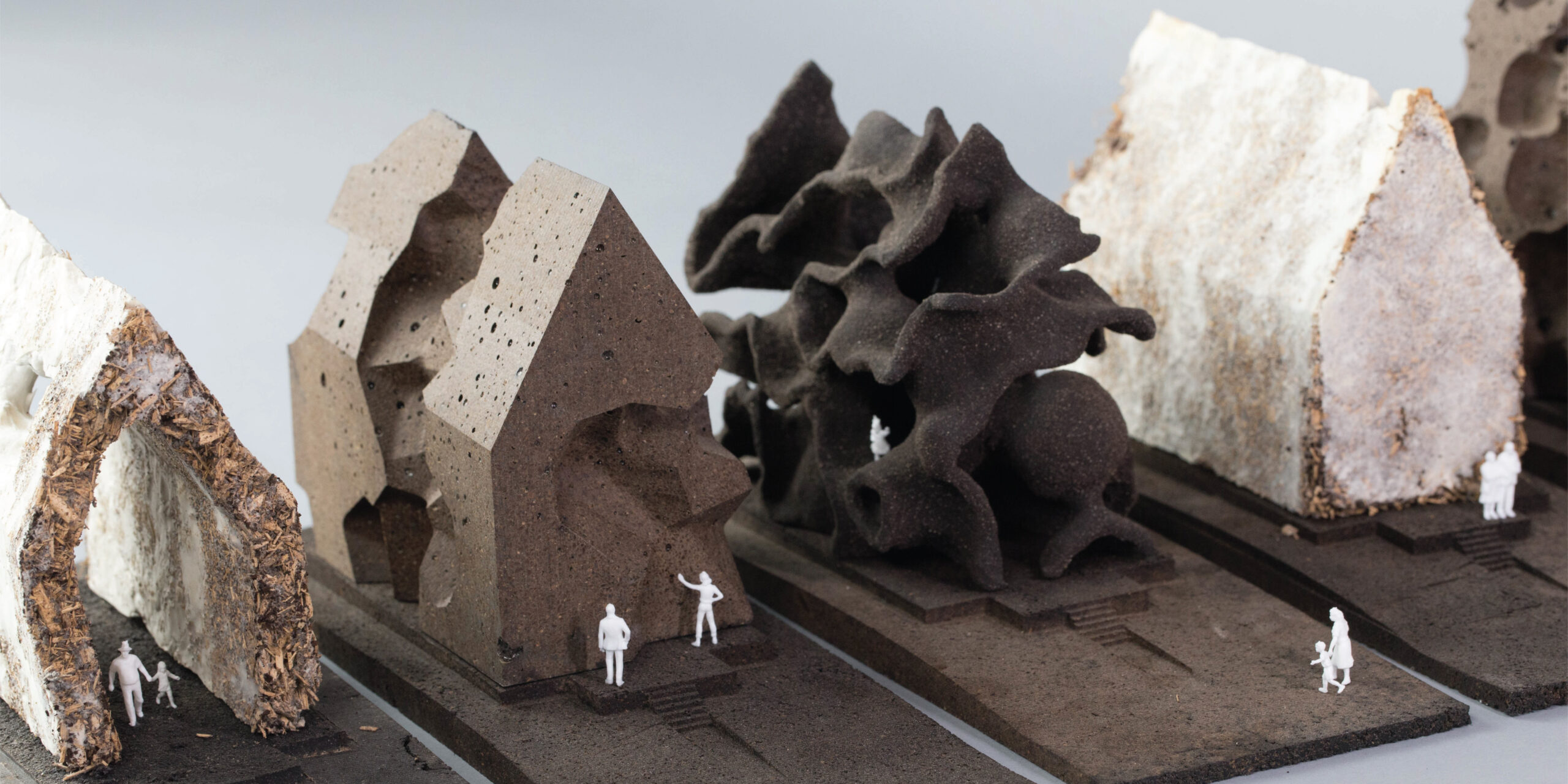 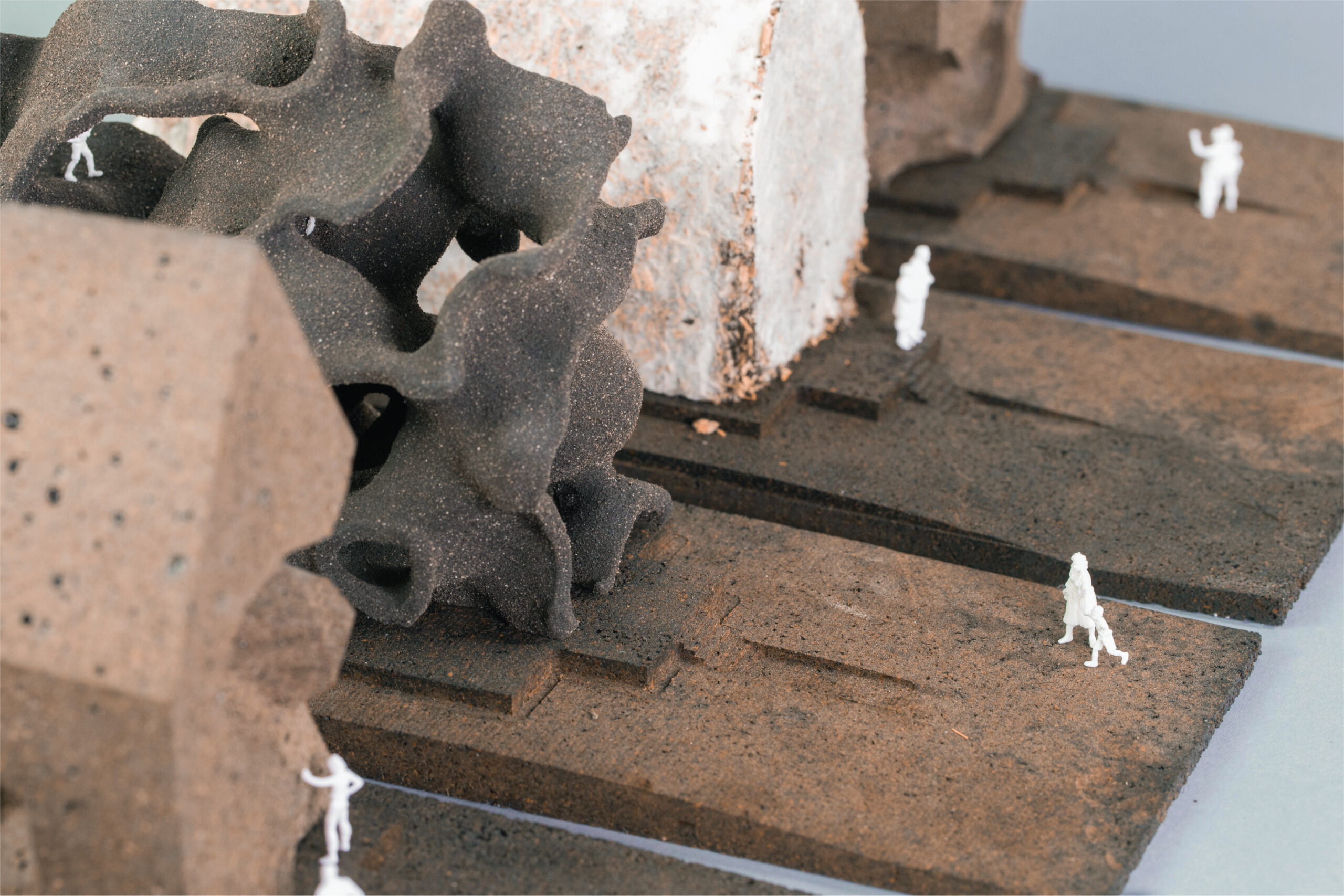 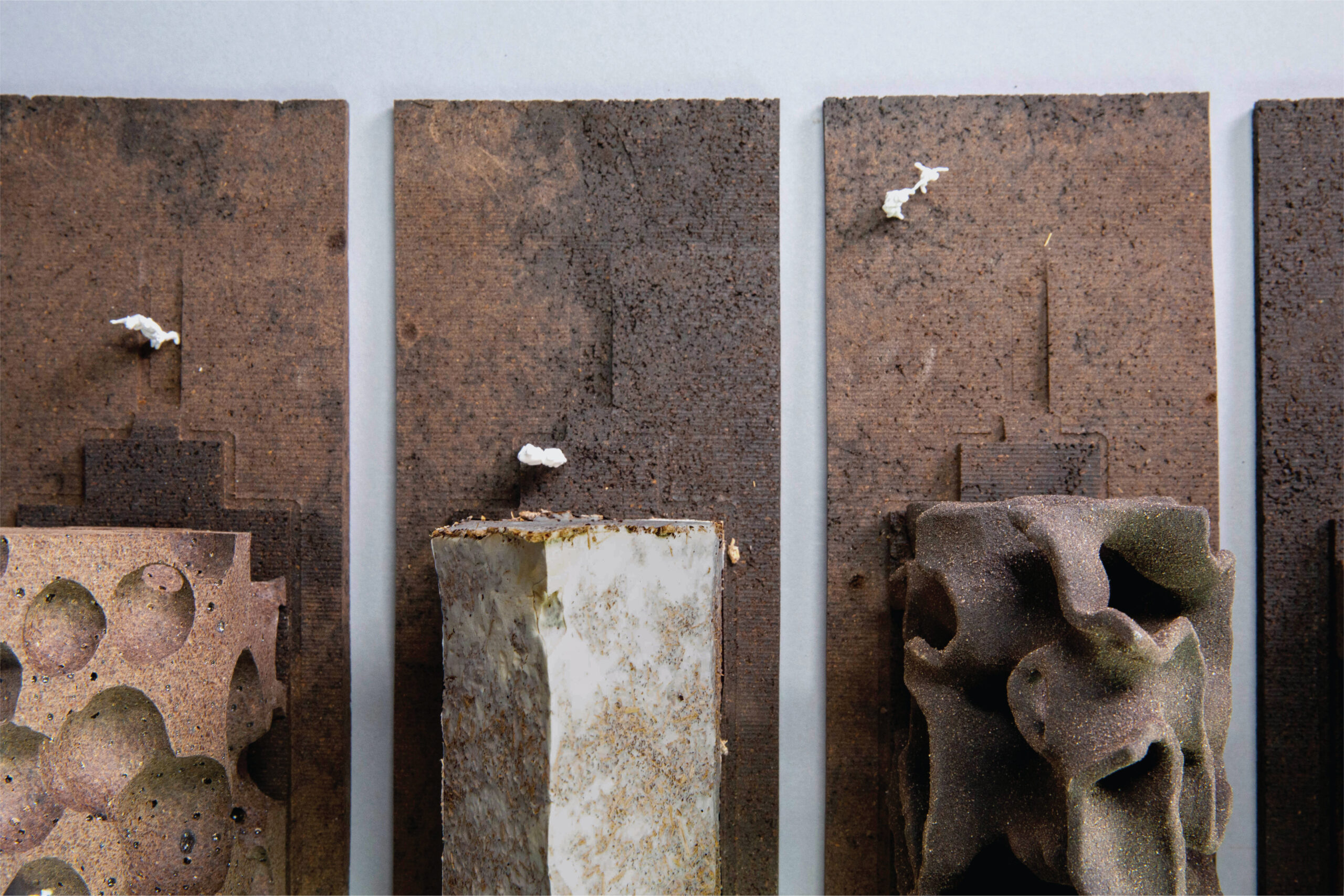 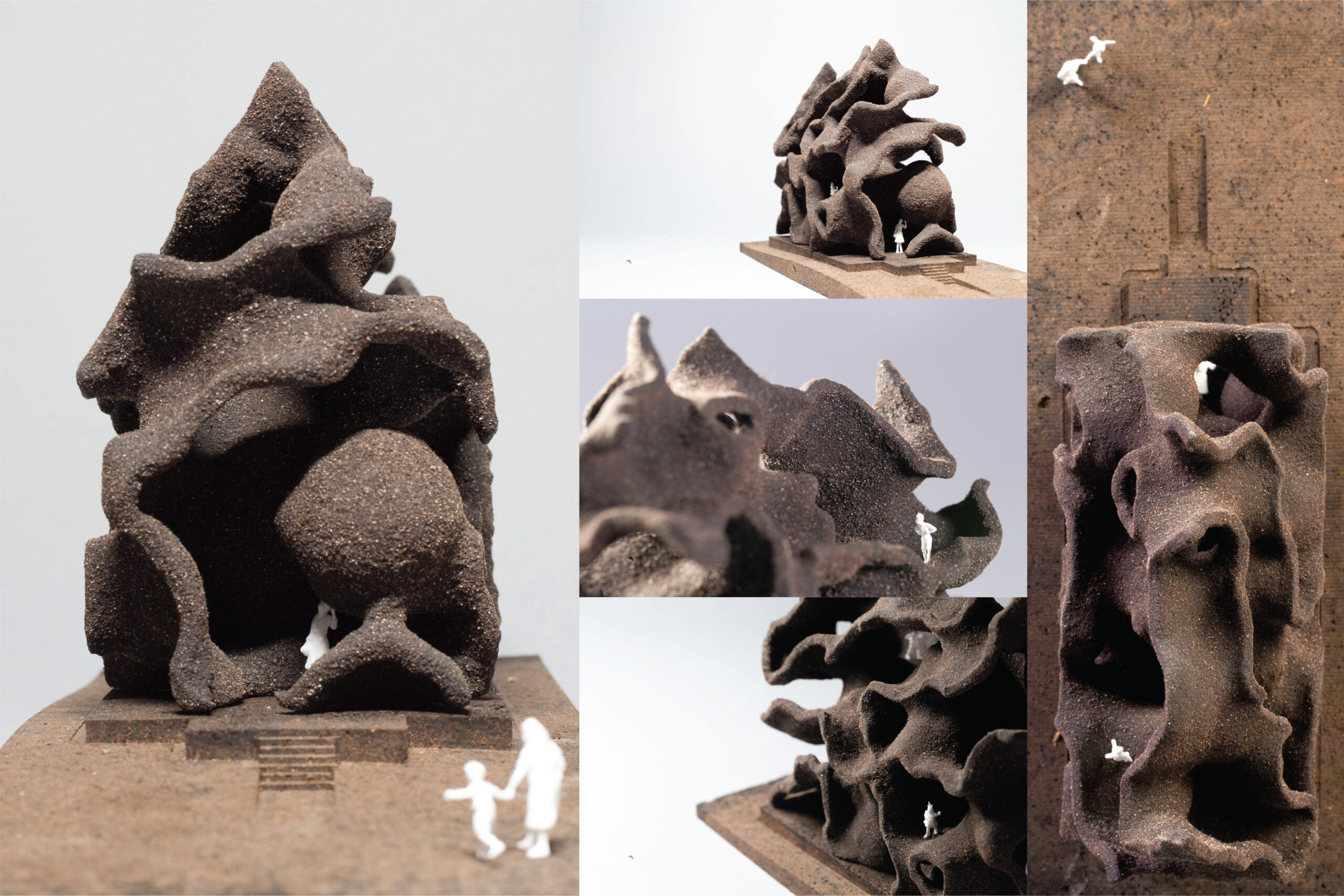 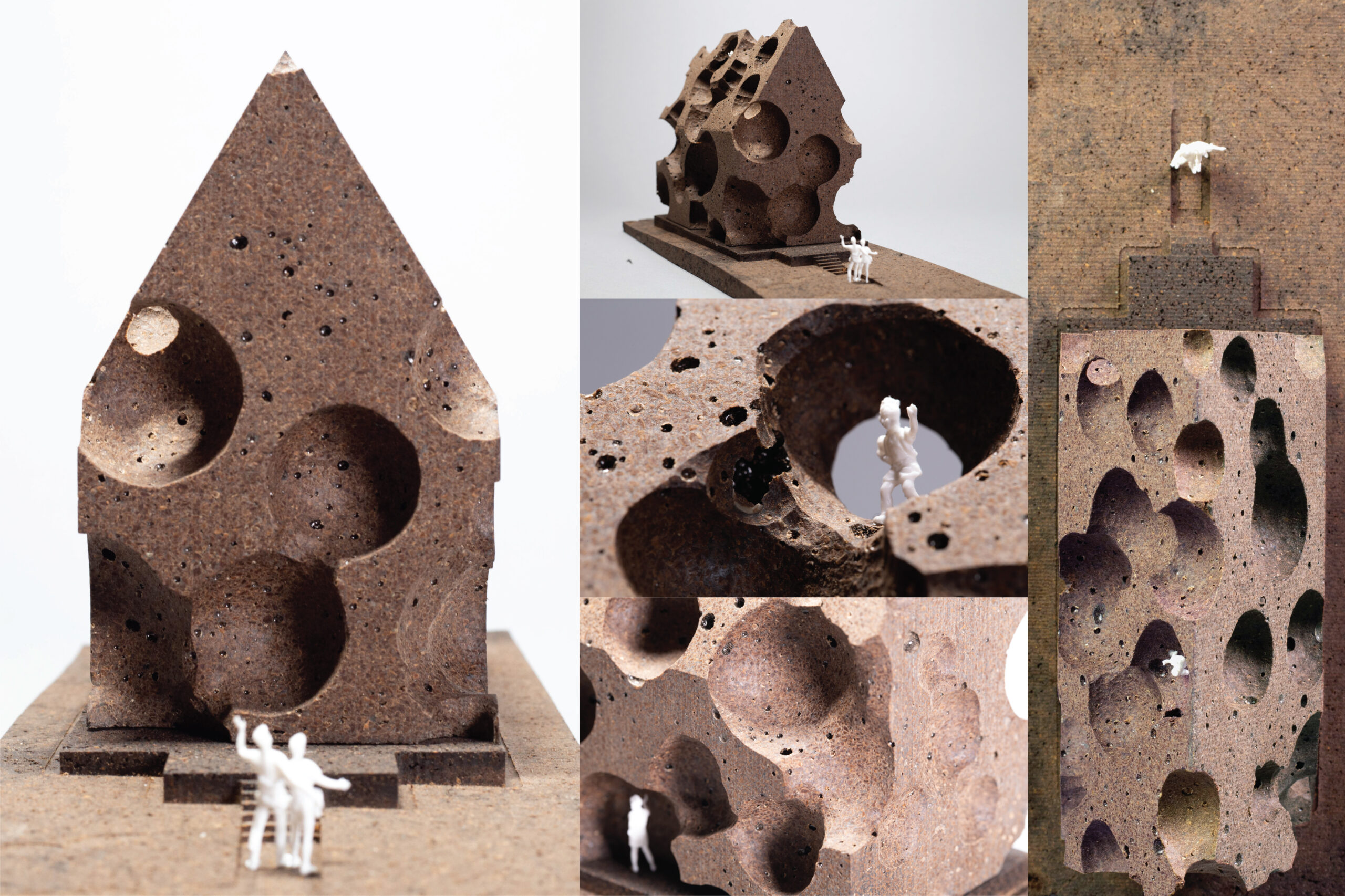 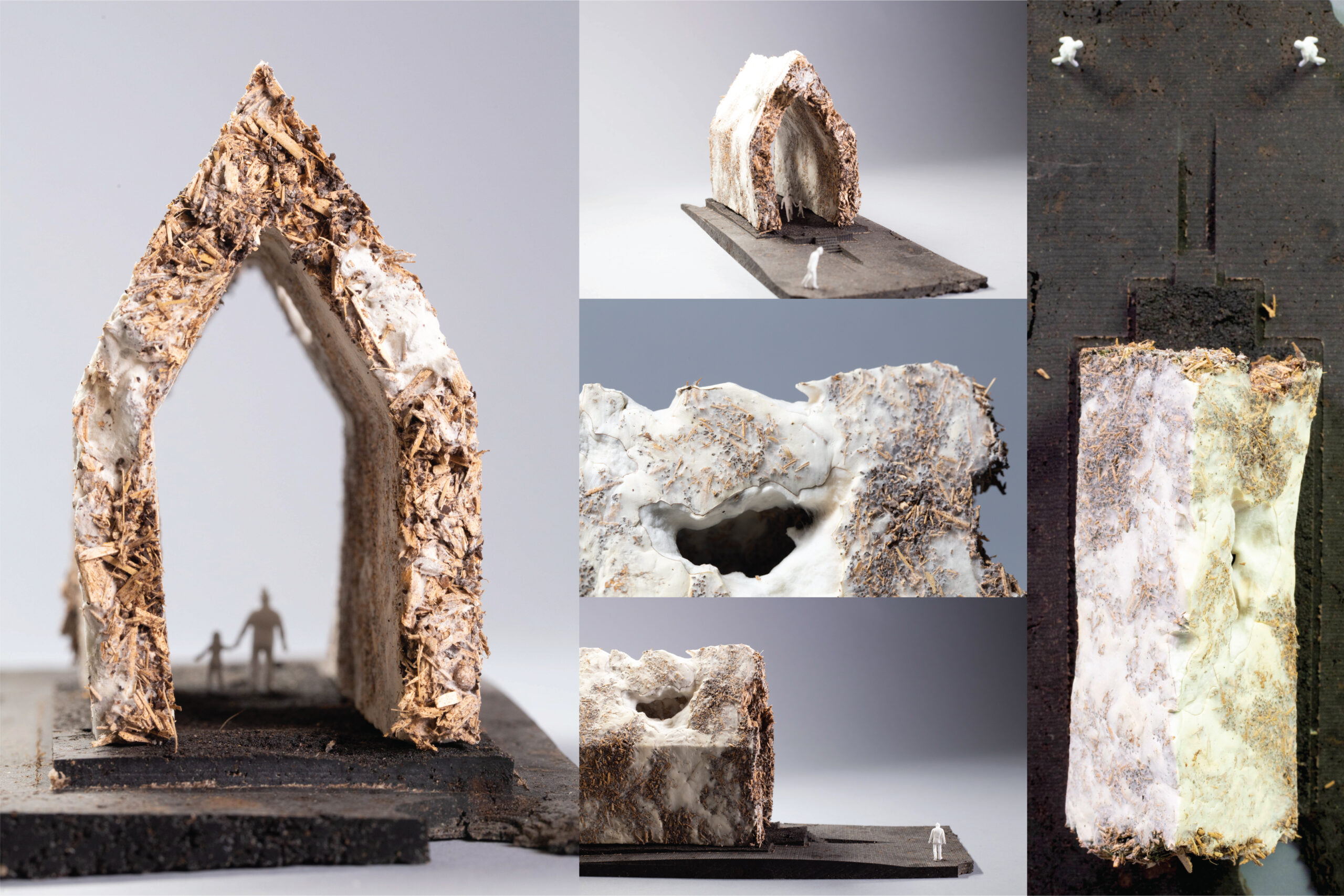 Towards a Caffeinated Architecture
Bronze prize in universal design

Coffee, as a material, has never exhibited itself in the world as that of anything other than a vessel in which to hold chemical materials for our consumption. Perhaps it is because of our detachment with coffee, as commodity for consumption rather than plant and bean, that we often perceive coffee grounds as material waste. The focus is so largely on the end result, on that perfect cup of coffee, that we have become detached from all its embedded cultural, economic, physical, and environmental footprint. In 2020 alone, we consumed and produced 21 billion pounds of coffee grounds. To get an idea of scale – if we were to replace the Empire State Building’s concrete with coffee, we could build roughly 5000 Empire State Buildings in a year. All of this is revelation that perhaps we understand very little about the power of such a commodity. Because if we did realize its power – as commodity, culture, and drug – we would realize that coffee is a huge waste, a missed opportunity as grounds for reuse. We are bound to the grounds of our own waste, we must turn over these used grounds, and build. With our ever growing demands of materials and energy for construction, we should look towards alternatives to lessen our burden and reliance on the scarcity of existing resources left on our planet. In fact, upon closer examination we would observe that building components, specifically their materials, have not radically changed since their development during the industrial revolution. We instead have doubled down in the fabrication of a world composed of concrete, wood, glass, and metal (and plastic). This project challenges our notions of contemporary materiality, in direct response to anthropocentric impacts of the built environment, asking how we might rebuild an architecture constructed from grounds of waste. Coffee generates an extremely large amount of material waste, one that has such a complex and rich amount of resources put into it that there must be a better form of use than to discard it. This project proposes and demonstrates a material application which utilizes unique personal research in digital manufacturing combined with the material of reused coffee grounds to realize three methodologies of fabrication; 3D printing, subtractive CNC, and hyphal biomass. Utilizing a unique and novel 3D powder printing formula to fabricate objects, recycled coffee grounds are turned into a fine powder which can further be used to build up discrete architectural parts additively in their creation. Reused coffee grounds can also be cast to create a hard composite solid which may then be subtractively removed using CNC technology. The reused coffee grounds can also be mixed with mycological fungus which feeds from the nutrient rich coffee as it builds its own hyphal biomass. Through the technological design of digital maufacture, forms and applications of construction made from reused coffee grounds can be reimagined in furthering our often disconnected relationships with contemporary consumer-waste materials.